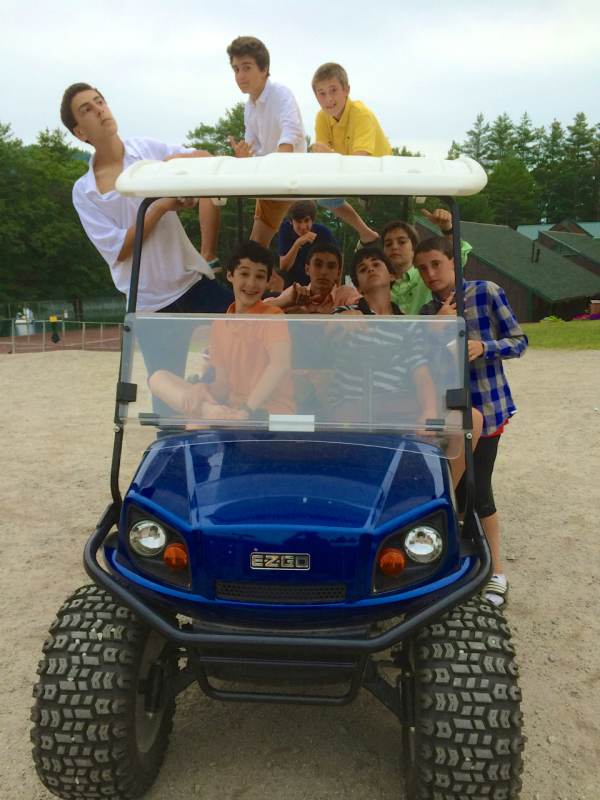 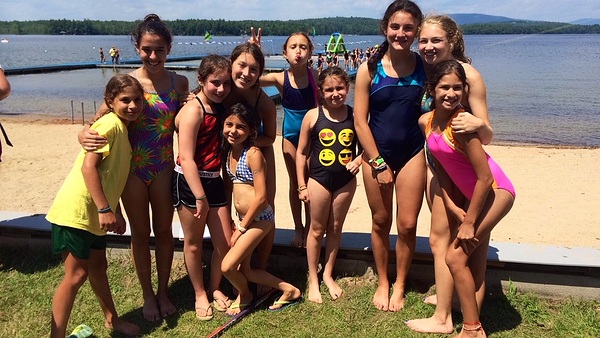 We began the 3rd week of this amazing summer with campers going in so many different directions. Kenwood’s Hut 6 (our oldest boys) left on their white water rafting trip in Maine. For the next two days they will be braving the class 4 & 5 rapids of the Dead River (home to some of the best rafting on the east coast). The Evergreen 15’s participated in a lacrosse tournament for the first time in our camps’ history. The girls were so proud to be pioneers in this sport that we have only begun to teach and play in the last few years. Our 9/11/13/15’s swim team was also out of Camp today for a big swim meet. As you can see in the picture above they had a phenomenal time!

The Kenwood freshmen and sophomores went on an excursion to climb through the storied Polar Caves of Rumney, NH. Upon their return the boys were very excited to tell me that their counselor Jack got stuck trying to climb through a cave called “the Lemon Squeeze”. Thankfully, he was eventually able to make his way out (wink wink, nod nod). After thoroughly exploring the area both groups went to Wellington State Beach, which is a pretty fantastic place to spend an afternoon with friends. 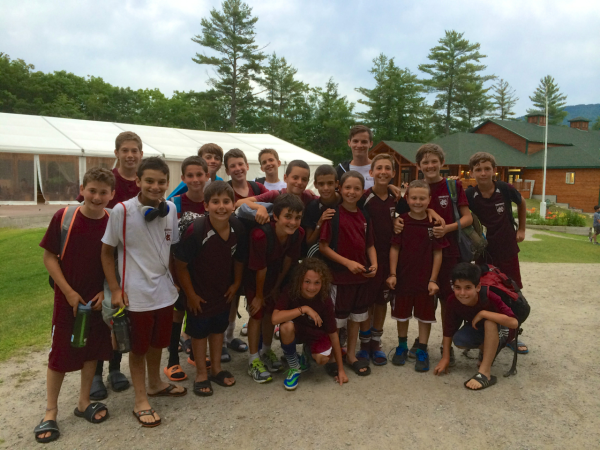 The Kenwood 12’s soccer team was also at a tournament today. Over the course of the morning and afternoon they faced stiff competition from 4 different camps from around the New England area. Hearing the news that the team had made it to the finals Scott and Bob rushed across the state to support the boys in person. Word is that it was an incredible game. Sadly, not all of the goals went in our favor, but the team is thrilled to be coming home with a 2nd place win over such strong competition. 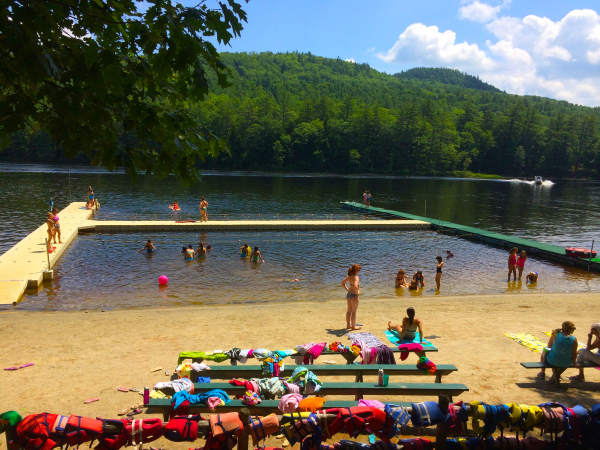 Back at Camp there was a ton going on, too. All day long campers and counselors were having the best time at the Kenwood and Evergreen waterfronts. Kids were swimming, building sand castles, jumping off of the water slide, tubing, water skiing, kayaking, canoeing, and more. On such a hot, humid day everyone seemed to appreciate going in the lake twice. 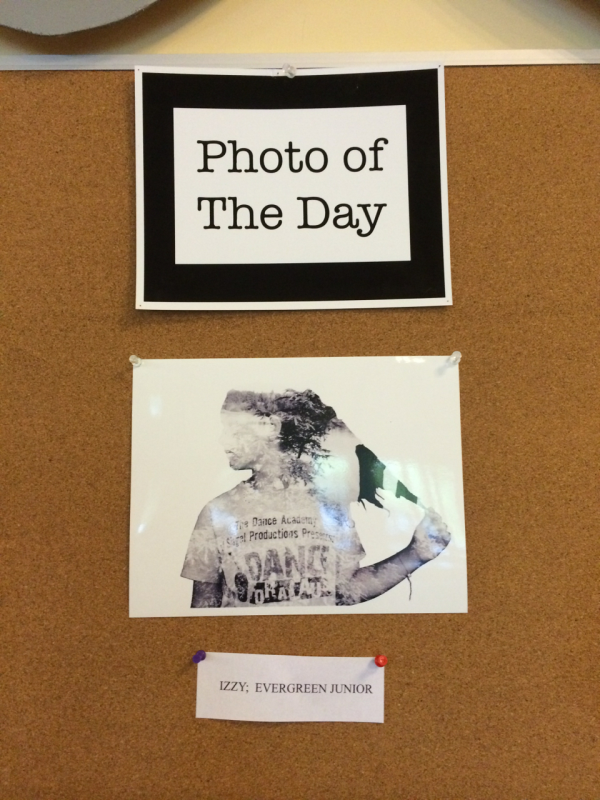 Another way that campers used the lake today was in taking creative pictures involving water and movement. Our head of photography, Naomi Elson, had campers set up tripods in the shallow end of the water, and then film their friends as they swam, splashed, or whipped their wet hair around. Photography has been a great place this summer for mastering different photographic techniques, and learning how to view the world from different angles and perspectives. 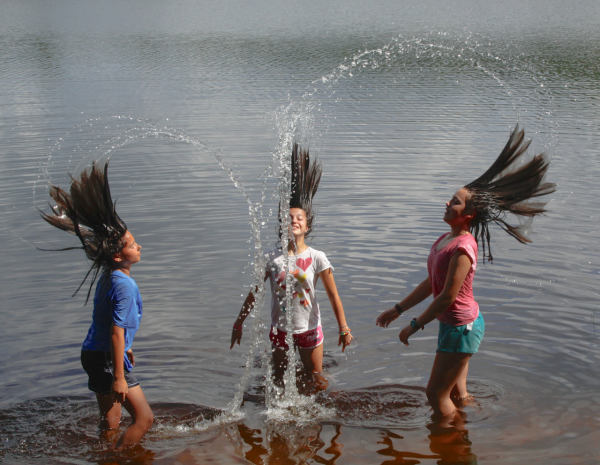 And yet, while some were finding novel ways to cool off, others were working up the best sweat that they could. Throughout the day campers of all ages were learning how to CrossFit. They were lifting kettle bells, doing squats and short sprints, and having a great time while doing it.  Adding CrossFit to our program this summer has been a huge success! 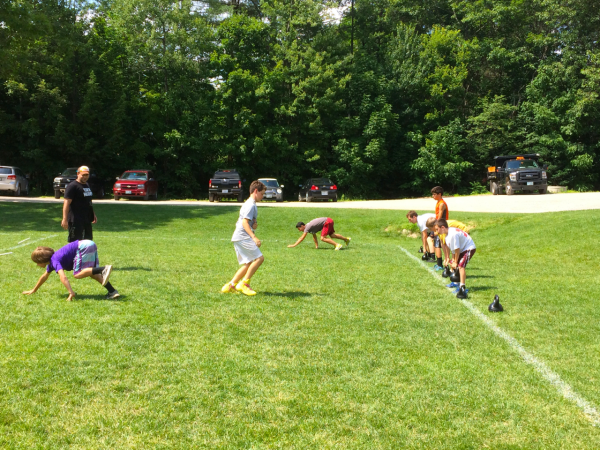 After dinner we had the second Hollowpallooza meeting of the summer. For those who aren’t familiar with it, Hollowpallooza is our annual music festival that takes place on the 5th Saturday of the summer. In a typical year more than 50 different bands and acts perform. Tonight’s meeting was to make sure that the acts were taking the necessary time to practice. It was also a chance to help make sure that campers interested in playing, who maybe could play an instrument but didn’t have a band, could be paired up in time to get something together for the event. More than 100 campers were present for the meeting, and Music James and I were happy to help facilitate the creation of some new groups. We can’t wait to see what they put together in the coming weeks! 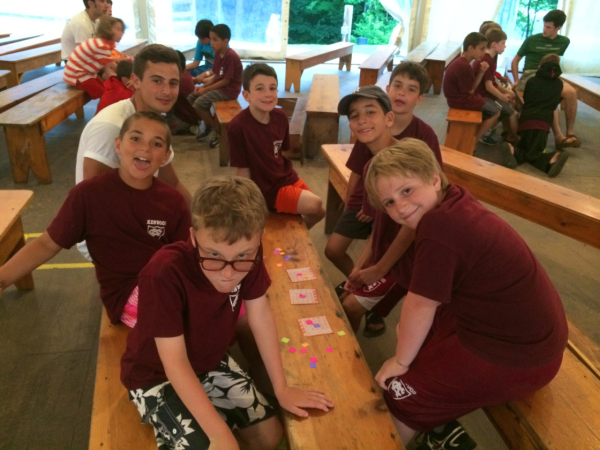 This is actually Oliver making a funny face.

The evening activity tonight in Evergreen was Camper Hunt. Our campers had about 15 minutes to hide in small groups all over the property. During Free Play the girls rushed to arts and crafts to paint their faces with camouflage. Once Phyllis let the staff loose there was total chaos all over the Evergreen world as girls ran and shreiked as their hiding places were uncovered. It was another great, husterically fun night in our summer camp.

In Kenwood Junior Camp the boys played bingo in the tent. One of our Unit Leaders is a professional bingo caller back home in the UK, and tonight he got to display his talents.

Our Kenwood Seniors took part in an event that we haven’t done in so long that I originally called it a “Polaroid Scavenger Hunt”. Today I had to retitle it a Digital Camera Scavenger Hunt. For about an hour teams of campers ran around the campus with a list of group photos that they had to take for points. Each image required them to be REALLY silly (as you can see in the two pictures below). A very good time was had by all. 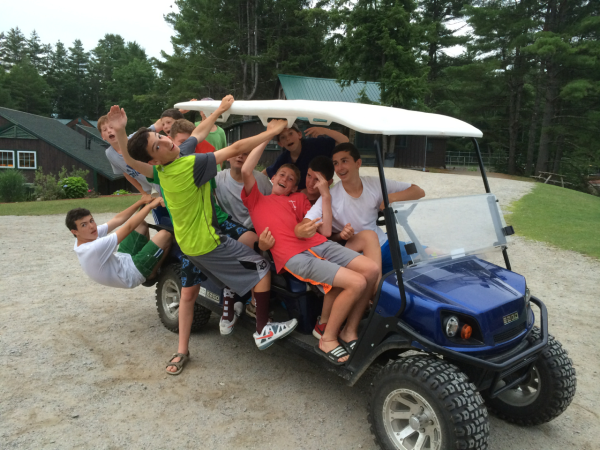 We really have the best time here at our summer camp in NH. We invite you to learn more about the incredible experiences our campers have here each and every day.