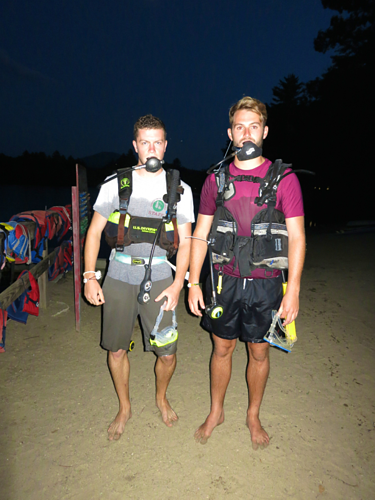 The Start Of Another Amazing Special Event: Maroon and Grey 2014!

The start of another amazing special event: Maroon and Grey 2014!

Tonight, we began another amazing special event at our summer camp in NH. After dinner and free play our Kenwood and Evergreen inters & juniors put on their musical theater production of “Seussical”. After almost 5 weeks of working on this show our young actors were extremely excited to perform in front of the community. I will try and post some clips from this show tomorrow, but let me say in advance that the performances were AMAZING. You could see from the audience how much fun they were all having. The singing, dancing and acting was great, and the choice to move the production outside was both novel and enjoyable for everyone. Bravo to our inters and juniors who worked so hard on this great musical!

After the play our Evergreen girls headed back to their bunks, while Kenwood had an event called Plaque and Skit night. Each bunk wrote a funny skit and acted it out in front of the rest of the boys’ camp. Just as our 12-year old campers were finishing off their performances this message flashed across a screen in our theater tent:

As soon as the video ended Head Counselor Walshy announced that everyone should head down to the Kenwood waterfront. They arrived to total darkness, save for 2 sets of glowing lights off in the distance at the bottom of the lake. And then those lights started moving closer and closer, stopping in the beginner section. Suddenly the lights rose out of the water. The older campers realized that it was me and Scott, and that we had used SCUBA gear to make our way under the water. We slowly moved aside, and two more sets of lights began traveling from the deep part of the lake. Stopping where Scott and I had been, two more figures rose out of the water. Suddenly, fireworks began to launch all around us, and the two mystery figures ripped off their masks. They paused for one more moment, and then turned around to reveal their faces to the boys. The crowd went crazy with excitement. Two long-time, beloved counselors, Sean and Jordan, will be the head coaches for Camp Kenwood’s Maroon and Grey teams this Color War. We wish them, and both of their teams, an amazing, spirited, fun color war.

And now Camp Evergreen awaits the surprise start to its Color War that we call Green and Gold. When will it be and how will it break out? I shall keep you posted!

I will have many other stories, photos and videos to share with you in the next few days, including from Kenwood’s Montreal trip, Evergreen’s Androscogin white water canoe adventure, some of our favorites from this week’s Film Festival, and more. But in the meantime I hope you enjoy the latest edition of the CampsK&E Newscast, the weekly video newsmagazine written, edited and directed by our campers.