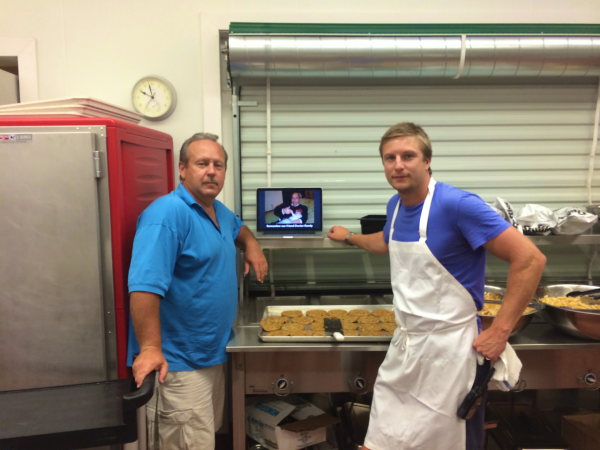 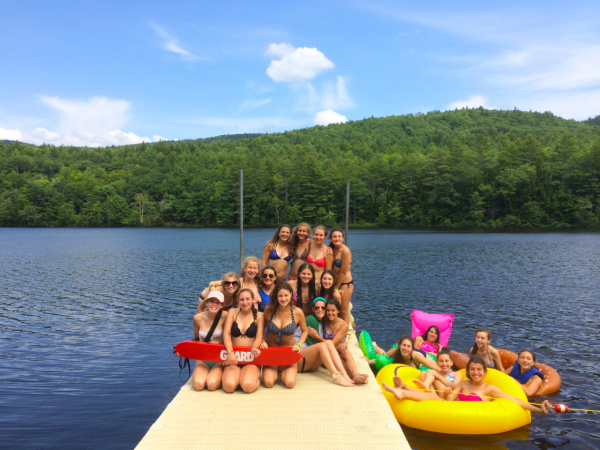 We woke up this morning with Evergreen having completed their Color War, and Kenwood in the final day of its tournament.  Our Evergreen girls woke up late and came to breakfast at a leisurely pace in their pajamas. Just after eating they left on a really fun trip to a local NH attraction. The girls were so happy to have this day to all be together, just hanging out, laughing, and having fun. Here are two great pictures that a group of our freshmen and their counselors took while out of Camp today. 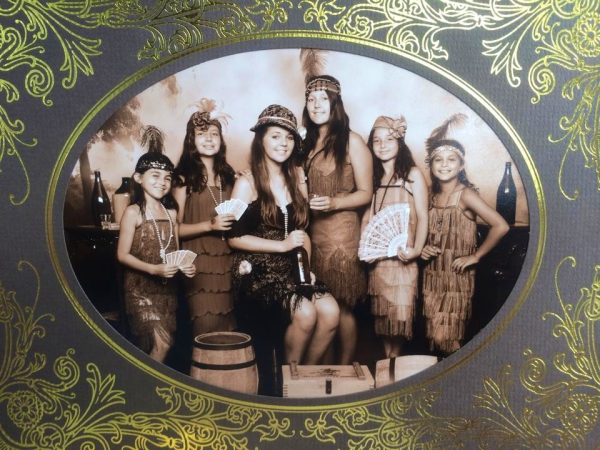 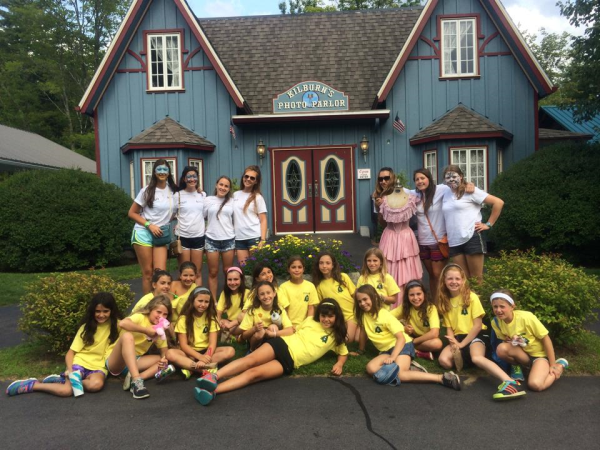 In Evergreen this is also a day referred to as “Juniper Day”.  Our oldest Evergreen campers elect to spend the day in Camp, participating in all of their favorite aspects of Camp one last time: they spent the day doing basic activities like Arts & Crafts, Ceramics, Film, tubing around the lake, and just enjoying one more day on our beautiful lake. I love that after all of these years, with days left in their camper careers, what they most want is just a little bit more time to be campers. 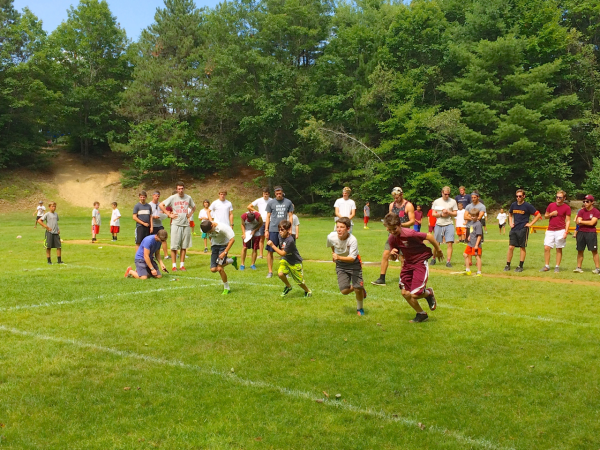 In Kenwood it was the final day of Color War. In the morning the boys participated in their final team sports, including football, baseball, soccer and ultimate frisbee. In the afternoon, as the last sporting event of 2014 Maroon and Grey, we had our track meet. Campers were running long and short distances, throwin the shot put, and trying their best at the long and high jumps.

And then came Song & Cheer.  After 5 days of practice and preparation both teams were ready to show us what they could do.  With great focus they walked into the theater and took their places.  Their songs were at times fierce and funny and rousing and poignant.  They employed complex foot stomping patterns and dance choreography and so many other clever ideas.  And as they each sang their final song about their love of Camp, one by one, so many of our boys welled up with tears.  The realization that we would soon be leaving this place for almost a whole year was very emotional for all of us.  With the final songs sung the boys put their arms around each other for solace.  It was very moving to watch.

The judges left to deliberate, and then we returned with our verdict. Scott stood at the foot of the stage and read off the winner of each song.  It came down to the final two songs…which went to Maroon, which meant that they also won this year’s Color War.  There was pandemonium in the theater for about 30 seconds as the Maroon team rejoiced.  Then, as it always does, it became much more about us coming together as one big community.  Counselors and older campers found their younger friends to hug and comfort and celebrate the start of the end of this glorious summer. 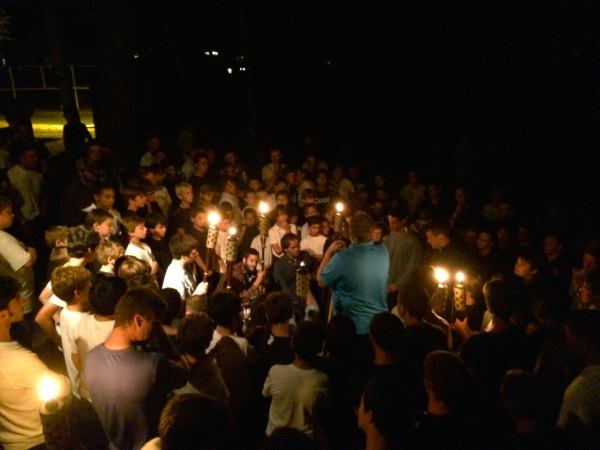 The Kenwood Seniors then headed off to the Gym to play bombardment, and the administrators went straight to the dining hall.  As is Kenwood tradition, Bob, Walshy, Scott, and I fired up the grills, put on our aprons, and cooked hot dogs and hamburgers for all of our senior boys.  We all really like spending time together, and it was fun to slice some tomatoes, fry up some French fries, and dance around as we blasted classic rock tunes.  This year the theme of the music was 80’s and 90’s rock (though I also included some 70’s chestnuts as well). In all of my free time I spent the last few days working on selecting the right tunes for tonight’s list.

The file is somewhat large, but by downloading it you’ll have all of the songs we enjoyed tonight. If you enjoy the mix please let me know, and I hope it gets used at many BBQ’s during this coming post-Camp time.  After about a half hour of playing bombardment the boys joined us for a big post-Color War celebrating.  A very good time was had by all.

This is also a night that we remember Dr. Randy Margolis, our good friend and beloved, long-time Camp Doctor.  Standing behind the grill after Color War was his favorite moment of every summer.  He has been gone for 7 years now, but as his good friends we still put up a copy of his picture on this night to help remind us all of our dear, departed brother. Camp friends are forever.