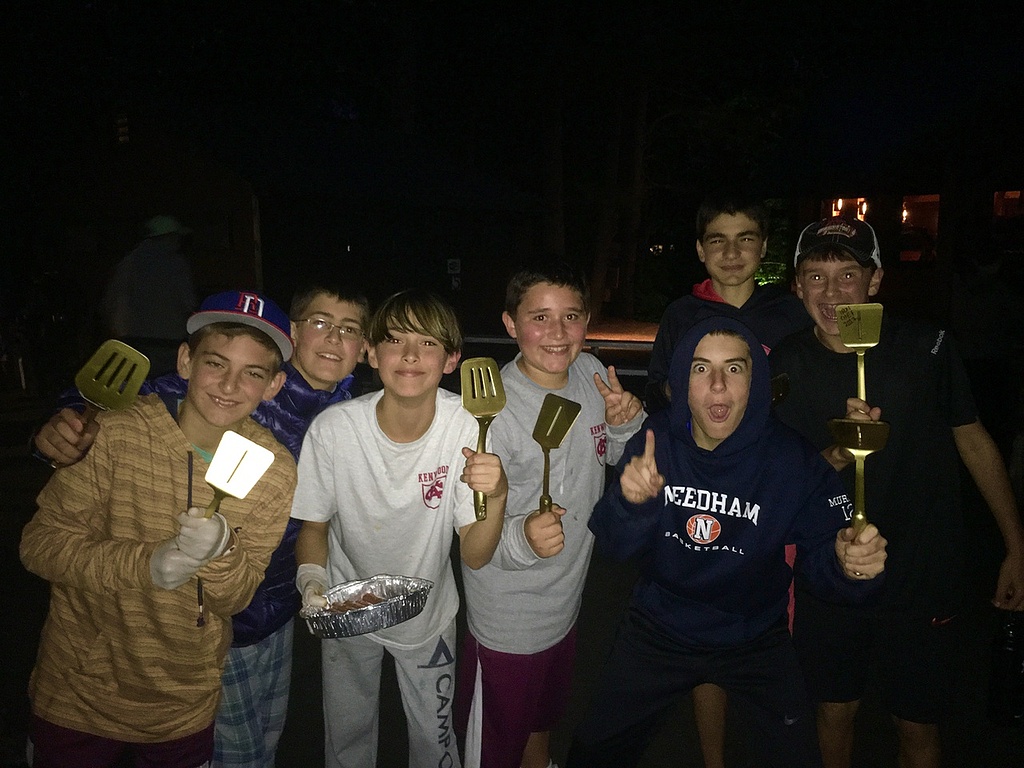 As a community our mission is to enrich our campers’ summers with experiences that go beyond just having fun. We try to help them learn to be more creative, more effective leaders, better problem solvers and better at working through adversity. Tonight, during our evening activities, this was on full display. 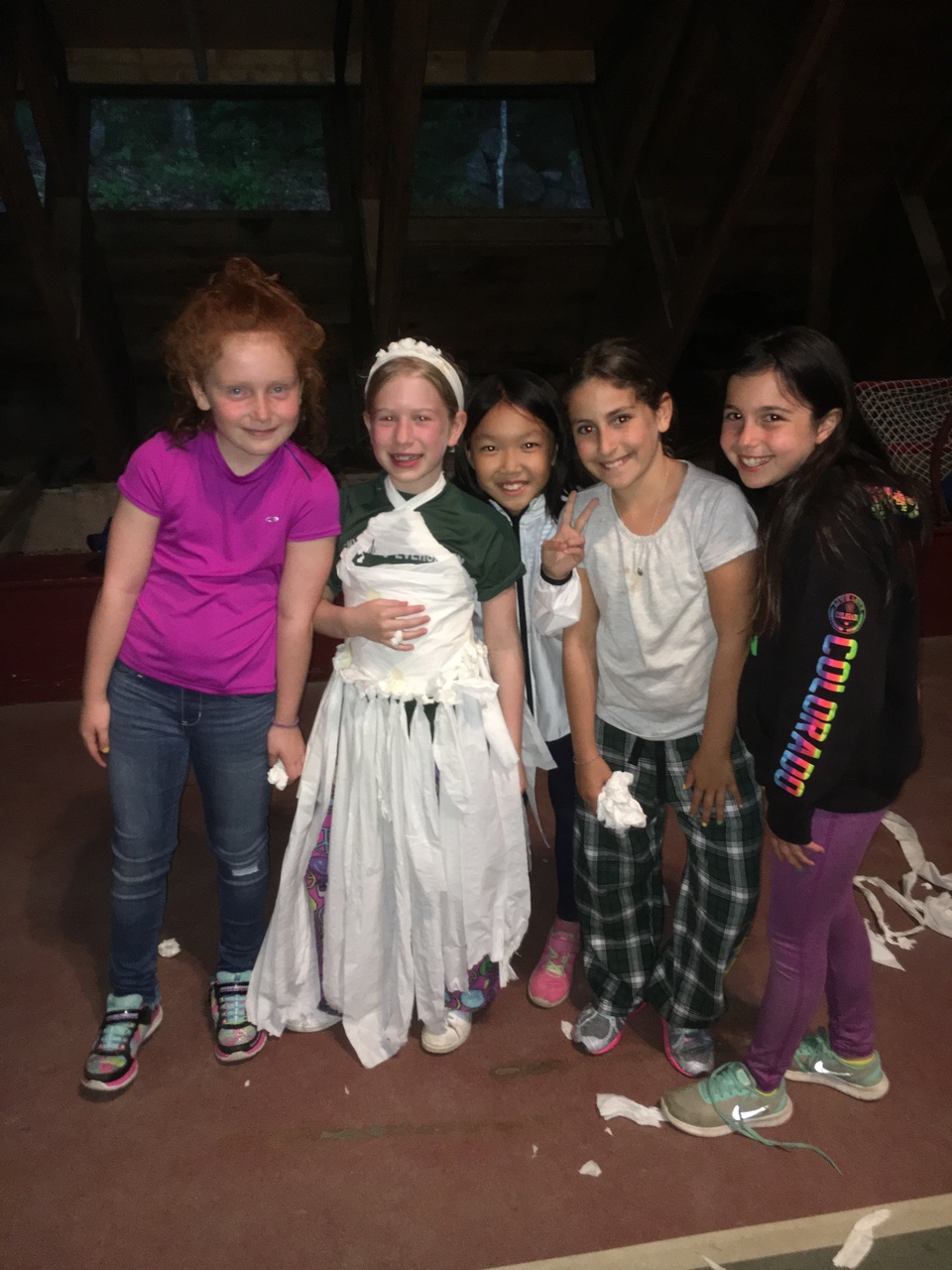 Evergreen had two events tonight. One was called “Say Yes To The Dress”. After dinner our Junior Camp girls gathered in the gym and were asked to cluster with their bunks. Each bunk was given multiple toilet paper rolls and nothing else. From there they had a half hour to plan the most elaborate, beautiful, creative, interesting “fashion” ensemble possible, using only that simple material. 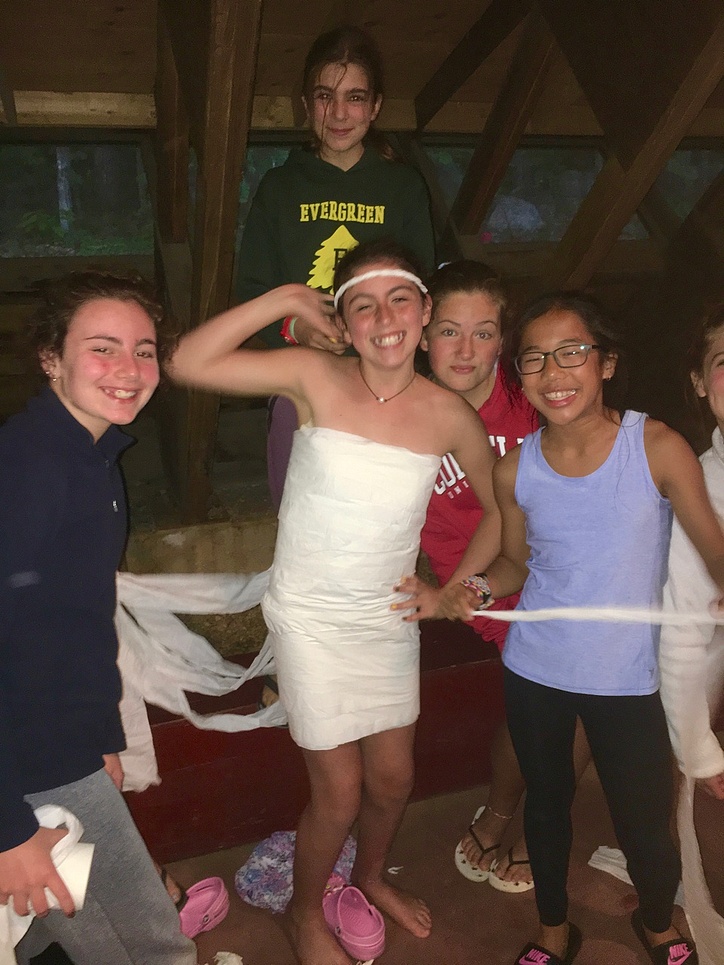 From there the planning began. Some of the ideas that our girls came up with were astounding. One bunk decided to make a dress that involved intricately attaching dozens of strips of paper with decorative knots, along with a matching head piece. Another bunk designed a flowing skirt with rising hemlines, coupled with a matching carry on and head decoration. A third bunk created a beautiful wedding dress concept, complete with a lengthy train and a basket filled with origami toilet paper flowers. Like so many of the activities that we do here our girls simply experienced this as an opportunity for fun with friends. As the adults what we saw were girls using their voices and taking meaningful leadership roles, expressing their ideas for creativity problem solving. We also saw teams working together on a project helping each member determine what skills she could bring to the effort. These are the 21st Century skills that we work on each and every day here, but for some reason tonight’s activity felt like an extra special moment for creating these outcomes.

While this was going on in the Gym our Evergreen Seniors were rocking out in the theater tent. Head Counselor Courtney had connected a karaoke machine to the digital projector, and there was fabulous singing all night long. Each bunk picked a song and not only sang it but worked out a whole choreographed dance routine. It was a great project for the girls, and yet another chance to work on their collaboration and creativity skills. The end result was that all over our campus you could hear the girls singing and laughing at the top of their lungs. It was clear that they were putting on an amazing show and having the best time doing it. 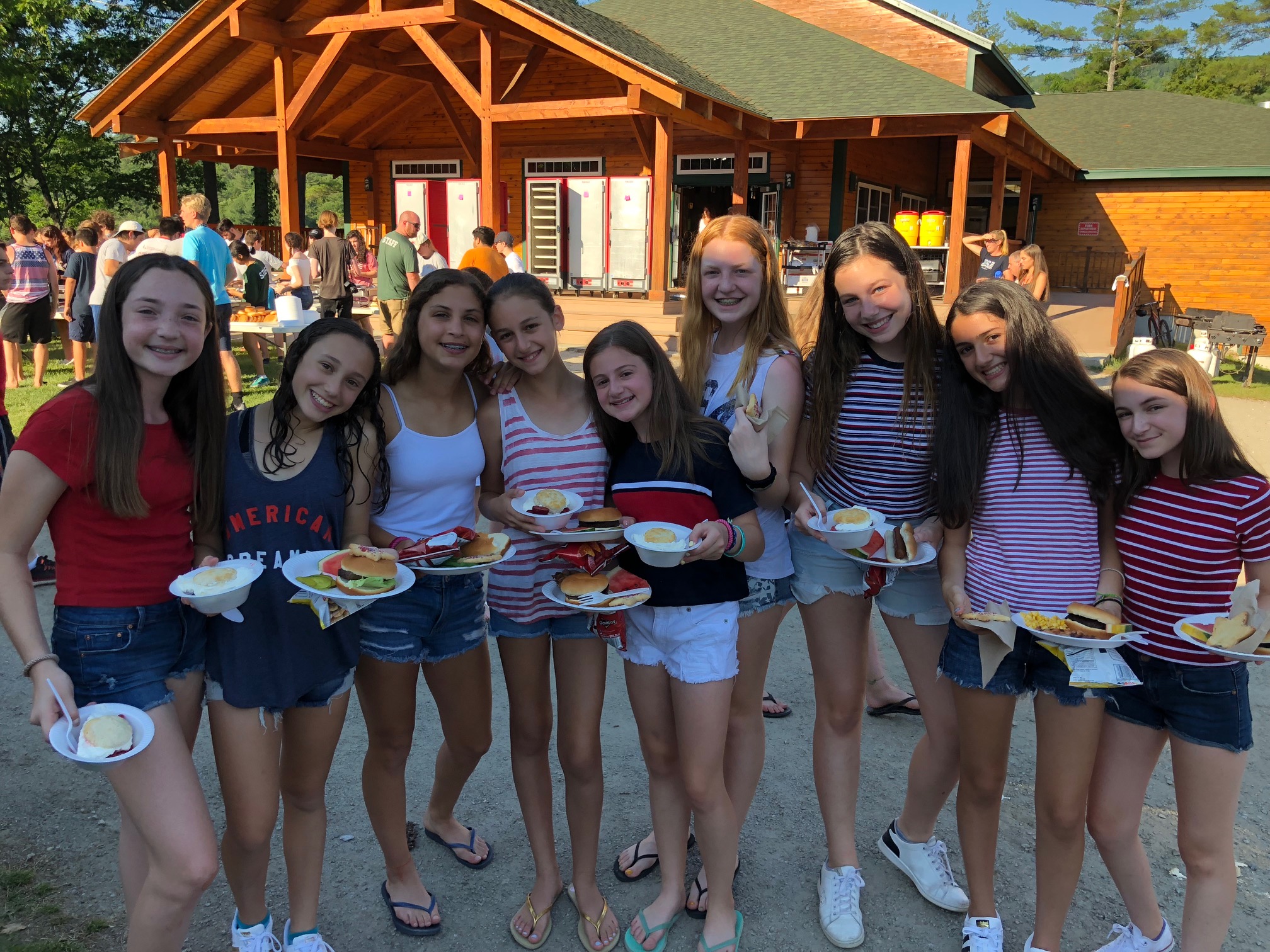 In Kenwood Junior Camp tonight was a favorite annual event called Counselor Hunt. While Head Counselor Walshy corralled every camper in the Gym every bunk counselor had a 5-minute head start to find the best hiding spot he could locate. The boys paired up with their bunkmates and worked on strategies for covering as much of the campus as quickly as possible so that they could catch as many counselors as possible. Just before releasing them the boys got together to scream as loudly as they could in the hopes that it would intimidate those in hiding. I just love how enthusiastically K&E people embrace events like this.

Even an event like this, which is a glorified version of Hide and Go Seek, is a chance to work on these crucial 21st century skills. As they prepared to go on the hunt you could hear leaders in some groups work to effectively communicate their best ideas, while in others the boys talked of adapting what had and had not worked well last year. 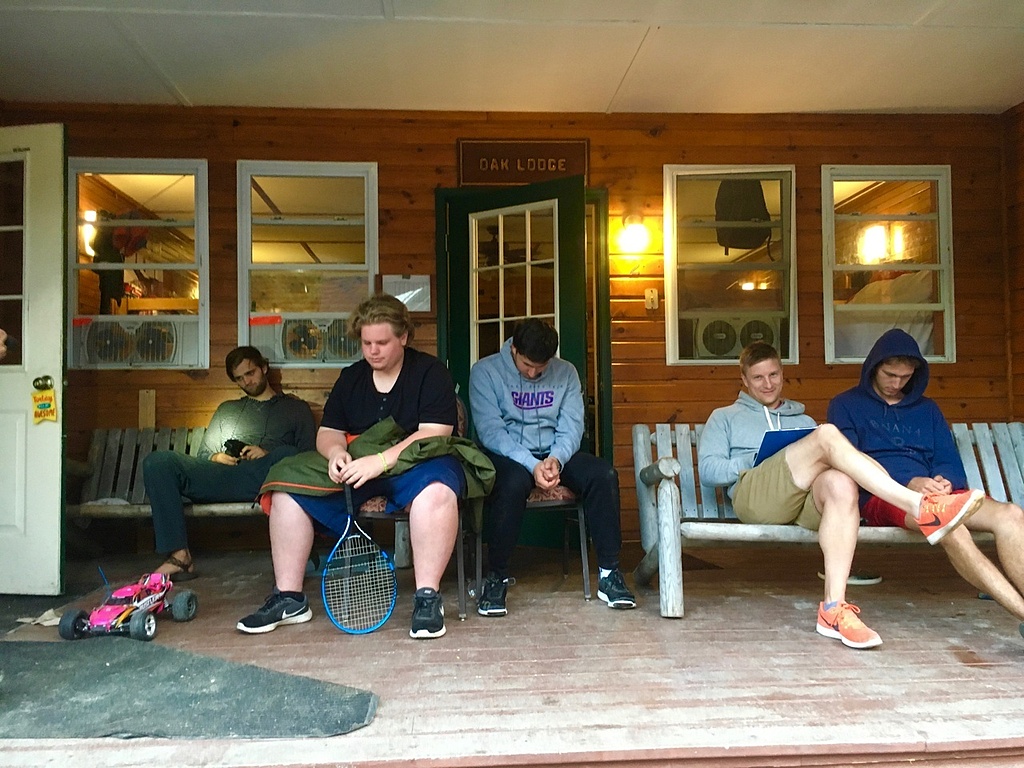 Alas, a number of counselors were caught pretty quickly. They hung their heads in sorrow (not really. It was all in fun). 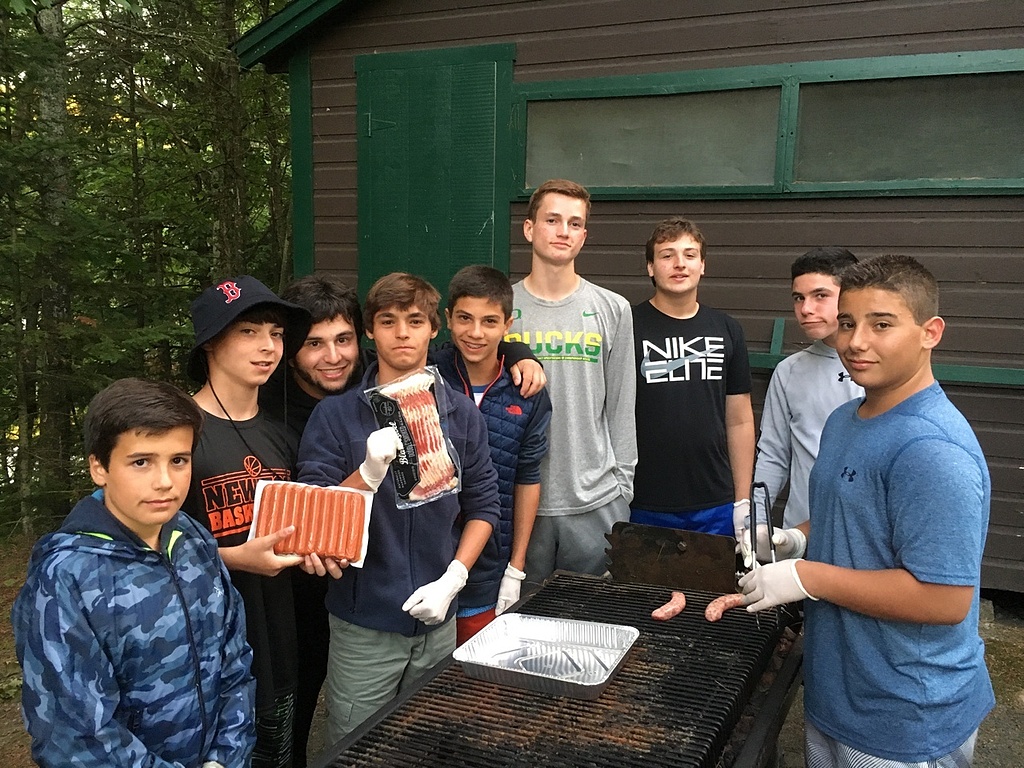 While all of that was going on I hosted a big special event up on Senior Hill. After weeks of learning and practicing how to grill, tonight was the annual Iron Chef competition. For one hour groups of our 13 and 14-year old boys worked together to strategize, plan a menu, and come up with the best tasting hot dogs or sausages that they could create. While presented with dozens and dozens of ingredients to choose from, each team could only use a maximum of 5. The Teams were judged on hygiene, presentation, creativity, team cohesion, and most importantly, taste. Of course, “Celebrity” judges were announced at the start of each event. Tonight our panel consisted of our Head of Cooking Mia, Head of Arts & Crafts Amy, and Senior Basketball Coach Chris. 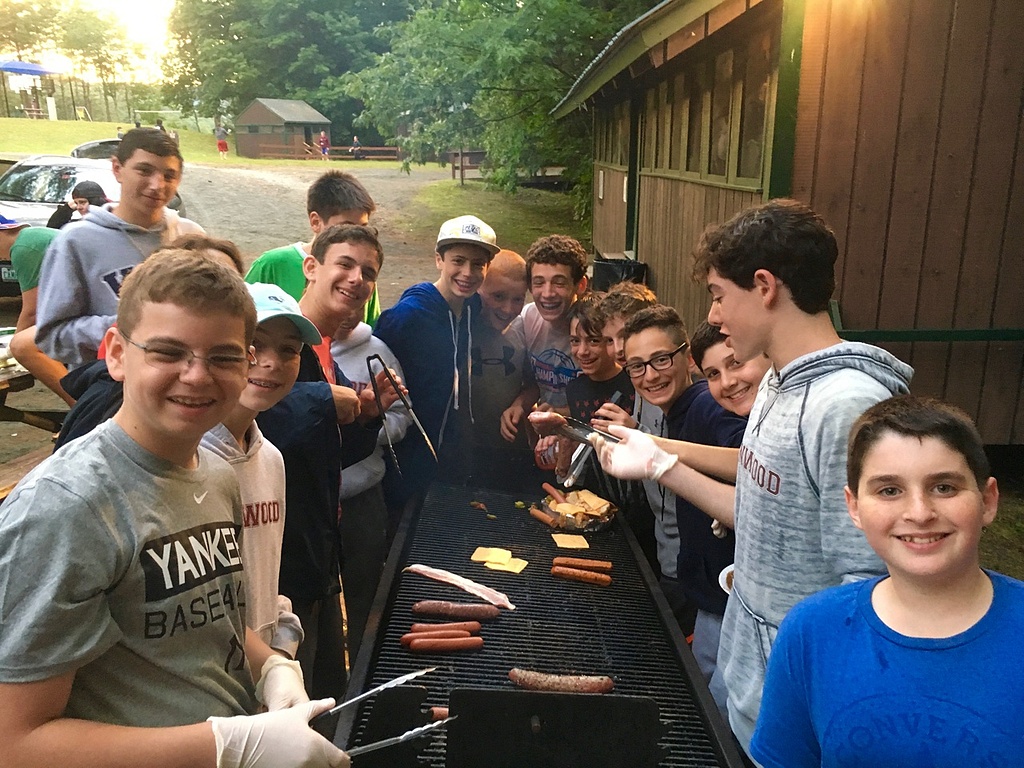 Like so many activities and events here, our campers experienced this as a fantastically fun thing to participate in, and a chance to potentially gain some notoriety for having succeeded in a competition. What I witnessed was yet another chance to unknowingly develop their 21st century skills. The groups had to test all sorts of important non-cognitive skills, from collaborating on the development of a plan, to figuring out whose lead to follow, to adapting as they faced inevitable ups and downs (like when one group discovered that no matter how much you wish it were otherwise, cheese will quickly burn when placed over hot coals. 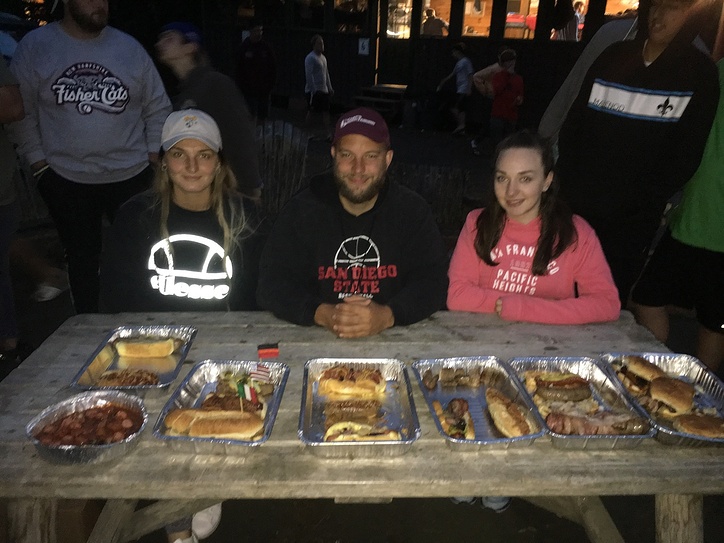 All six teams worked incredibly hard and produced some very interesting, creative, and often tasty creations. Chris, Amy and Mia, our “celebrity judges” hammed it up during the tasting portion of the night, as did the camper chefs. I’ve led this activity for over 15 years, and tonight I saw some displays of creativity that I’ve never seen before. One group of 14-year olds even handmade little flags that they attached to toothpicks that they placed in each entree. Each flag was made to look like the country of origin for the cuisine being served. It’s always incredible watching where our campers take events like this. 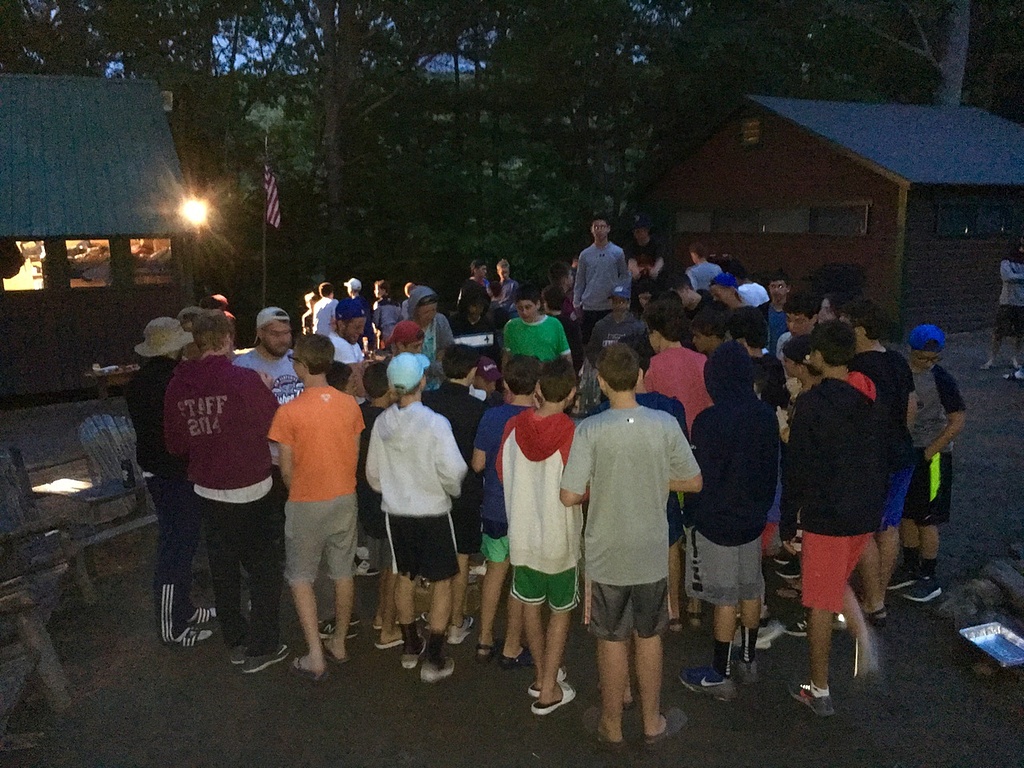 When the winner was announced all of Senior Hill gathered around the judges’ table to cheer and celebrate their friends. As is tradition, the prize for 1st place was a gold painted spatula that each boy will be taking home with them at the end of the summer. I think you can see from the picture winning this round was a proud moment for all of them!

In a few weeks we’ll have one more round of Iron Chef in Kenwood, with tonight’s winners going up against our oldest campers. And later this summer our Evergreen Seniors will have their own Iron Chef competition. We can’t wait to see what they create!

Throughout our 7 week summer camp season we try to present our campers with fun, creative, engaging activities that they just couldn’t experience at home. Tonight was amazing for everyone involved, and tomorrow we’ll have an entirely different set of incredible options that they’ll see as tremendous fun, but we’ll know are teaching them valuable skills for life!

Camps Kenwood and Evergreen is a brother-sister summer camp located in Wilmot, NH.