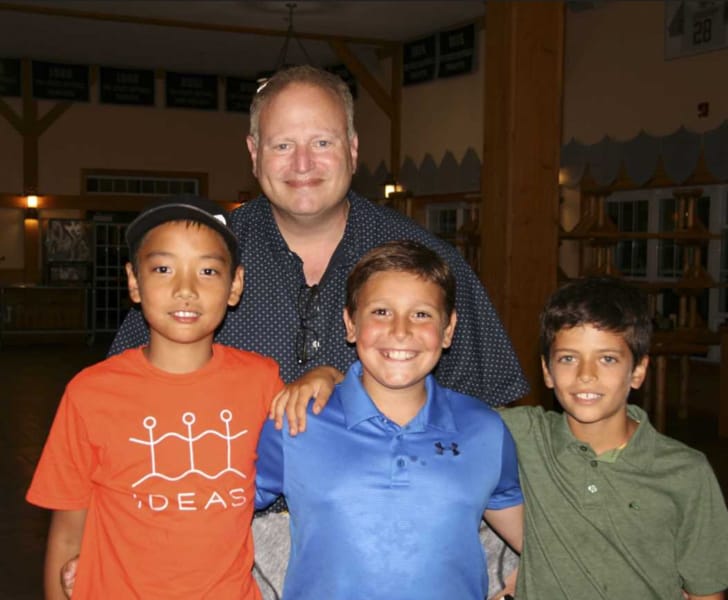 I would love to tell people who are new to our camp community about the Shield of Honor. It’s our only award, and it’s given out to the campers in each age group who are the most helpful and the best friends to the most people.

Before I even came to Kenwood I heard about this award from my cousin, Jake. He has won six times! He is a camp legend.

Anyway, I came to Camp determined to live up to these ideals and get this award. I tried my hardest to be the nicest kid I could be and helped all the counselors and campers any way that I could. That first summer I didn’t win, but the next summer I came to camp twice as determined to earn this award. That’s pretty dang determined!

I think it was week 6 when I was teaching my new friend Henry how to play a game we love call “Wall Ball” when Jason pulled up on his golf cart and asked Henry to get his guitar so he could play a song he had written that summer. While Henry was doing that Jason pulled me aside. He said and “I’ve heard counselors saying good things about you” then winked at me. I don’t know if he had something in his eye but I took it as a hint. Sure enough on the last night of the summer my name was announced as being on the Shield of Honor. I wanted to cry but I didn’t. It meant that I was recognized by Camp for always trying to be a good person. It was the happiest moment of my Kenwood life. I will never forget that day.