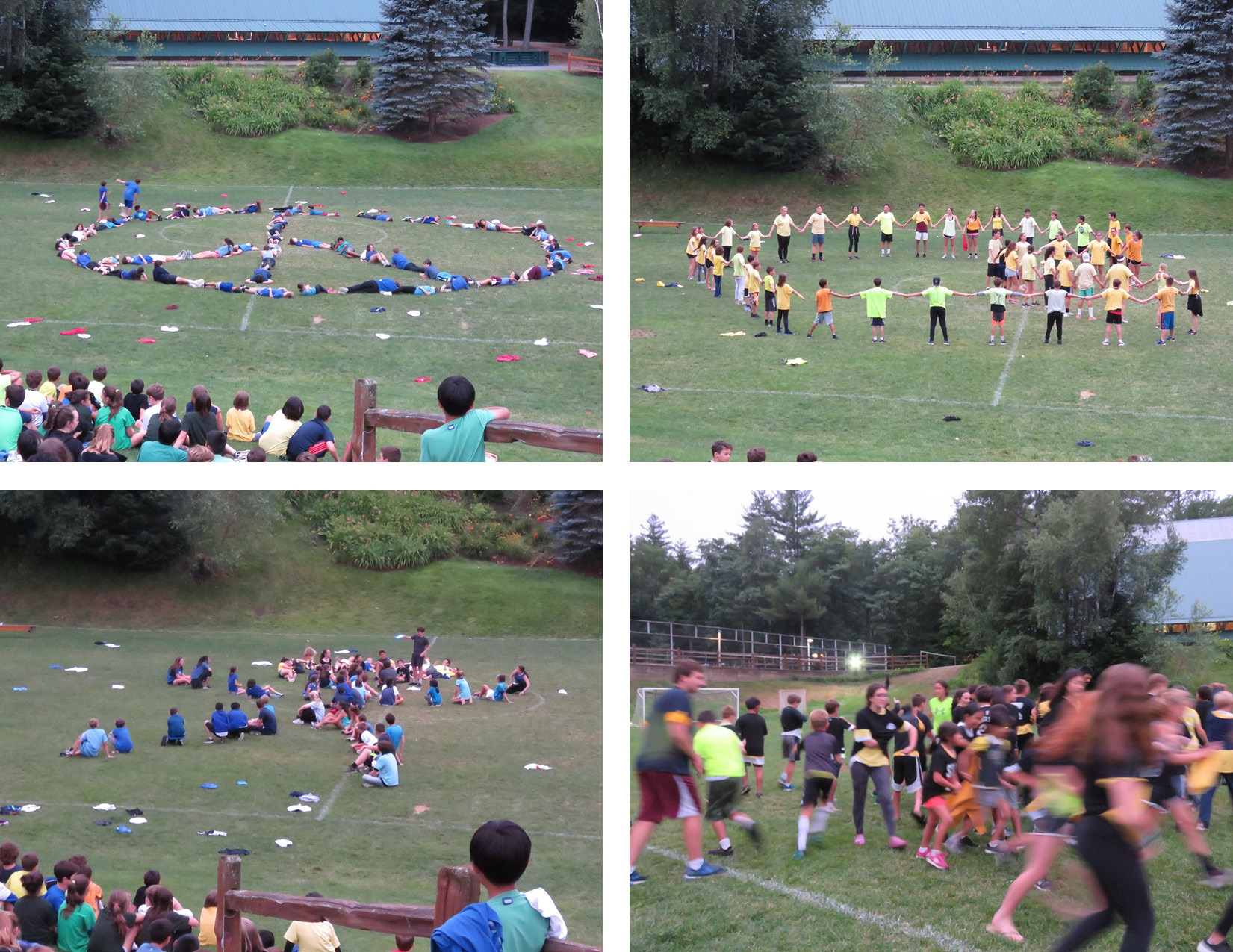 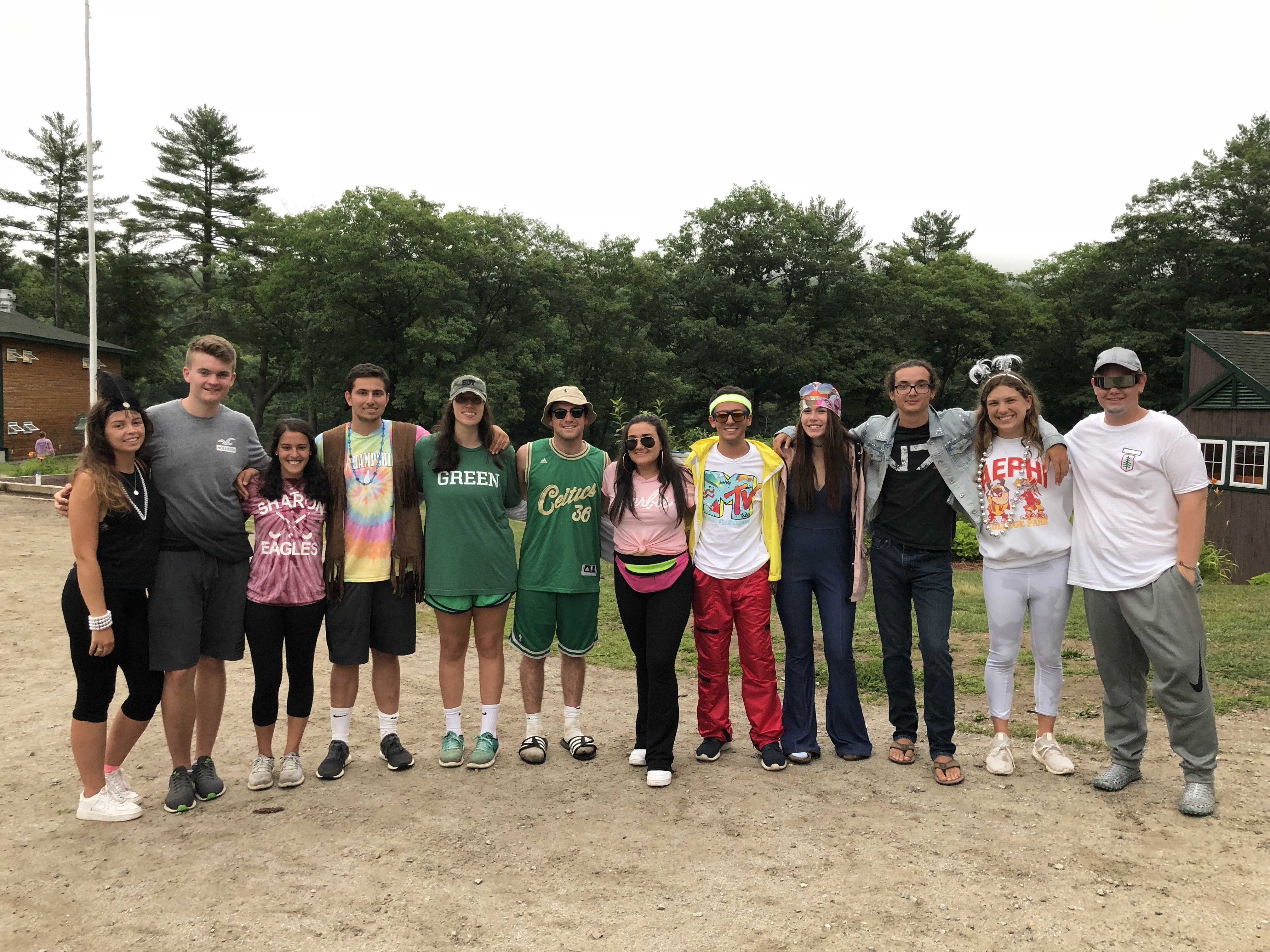 As the end of the 3rd week of Camp came to an end we did our typical Friday night rituals and traditions. We had our Friday night service, then the whole camp gathered in the tent to watch the weekly wrap up video. Then we surprised the kids by saying that we had one more thing to show…

As soon as it began to play the screaming began, since the video signaled the beginning of a break out which meant it was the start of Big Weekend, one of our summer camp’s favorite annual events! 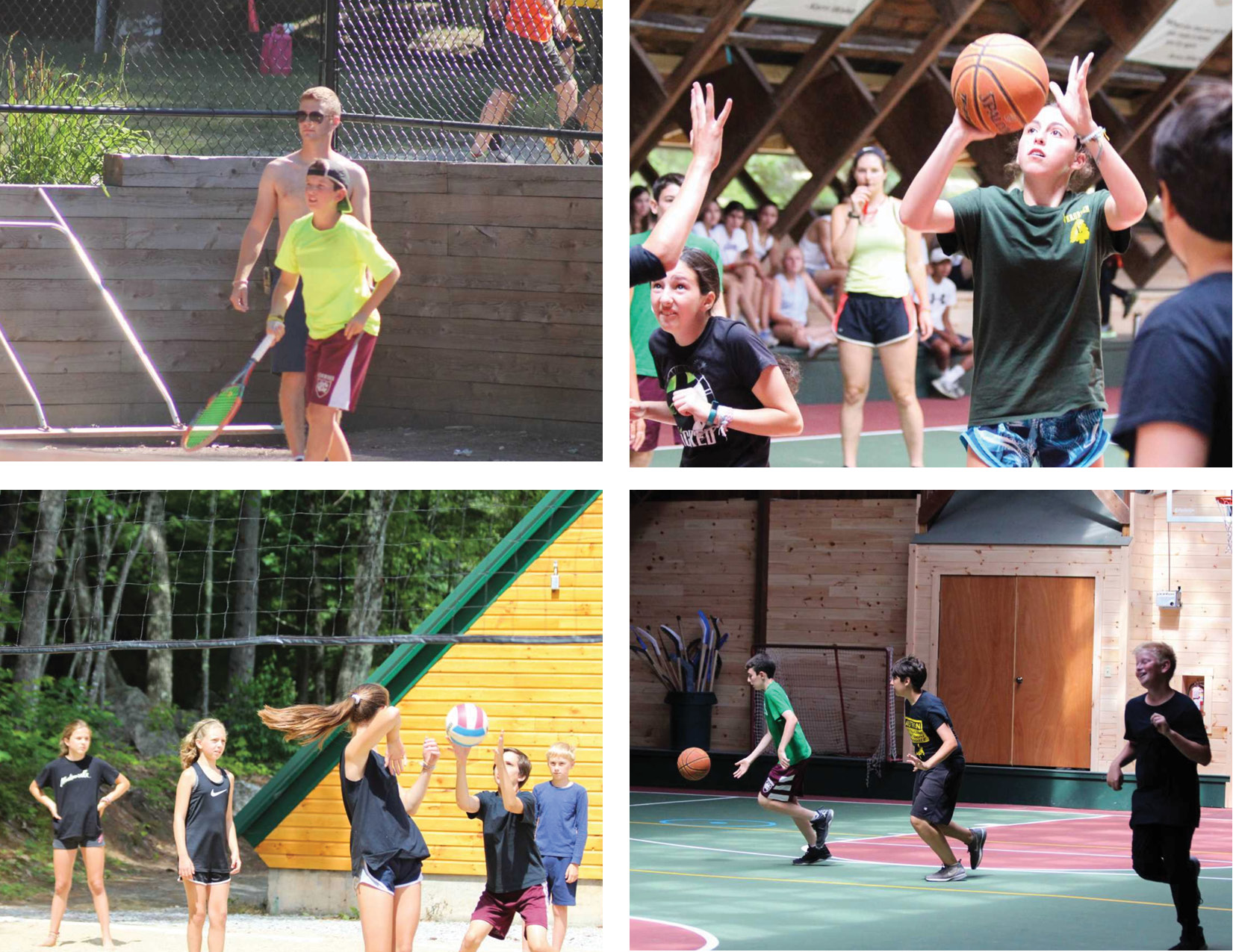 So what exactly IS Big Weekend? In some ways it’s like a miniature version of Color War, with some very important differences. During Big Weekend we divide the camp community up into 6 teams, all based on a theme. This year’s theme was The Decades, with teams based on the fashions and music of the 1920’s, 60’s, 70’s, 80’s, 00’s and the future. And over the course of 2 days campers participated in some traditional, and some creative, sports activities. So at one point yesterday there were boys and girls playing traditional sports like softball, basketball and volleyball, and then later in the day they were laughing it up during events called “Lineup Ball”, “Minefield”, and “Blindfolded Soccer” (don’t worry, we don’t have our kids running with blindfolds on!). And later on yesterday the entire Camp was involved in a huge all-camp relay race, and then a contest in which our 15-year olds were racing to build the tallest fires they could to burn a rope 10 feet in the air!

The goal of Big Weekend is to bring our two brother-sister overnight camps together for some fun, low-key, age-appropriate play, and to help our boys and girls make quality friendships with the kids in the other camp. There’s a great deal of singing, cheering, and team spirit. This entire special event is organized by Jacki and Bob Mitchell, our super-creative athletic directors. Many thanks to them for all of the fun and excitement that they bring to our camp community each summer!

Special events like this really raise the level of camp spirit amongst our campers and staff. After the 12 coaches took the stage it took a full 10 minutes to get the entire community to end their cheering. It was such an incredible night of excitement for everyone!

Throughout Saturday our teams began to work on learning the songs that they performed in front of the entire camp community tomorrow on Sunday evening. Each team wrote a song about their many positive attributes, and jokingly poked fun of the others. Sunday morning each team began to work on their formations. After hours of practice, each team moved into the Hollow, forming letters and shapes, attempting to tell a story about their team. Both the song and the formation are incredible opportunities for learning creativity and somewhat less traditional forms of communication.

Before performing their Songs and Formations the teams still had a day of games to play. There were standard sports in the morning — softball, basketball and volleyball, and less traditional ones in the afternoon. This was when we played Quiddich, Human Foosball, Blindfolded Soccer (on their knees, not running!) and 3-Legged Soccer. It was a really fun day playing somewhat goofy games with Camp friends. 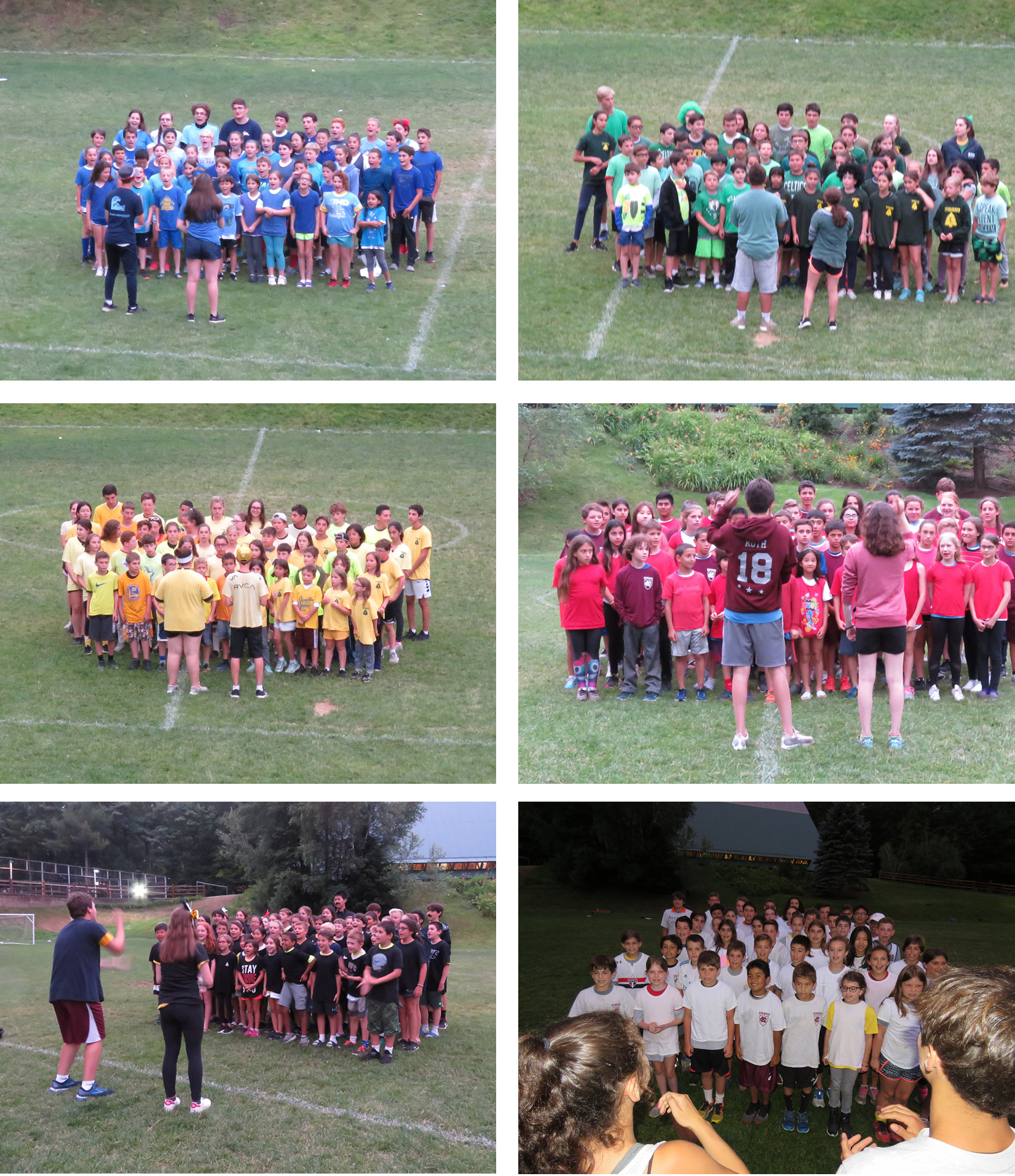 At Songs and Formations the teams showed off all that they had been working on over the past few days. The kids totally sang their hearts out. The creativity and ingenuity on display was not to be believed. Some chose to re-write the lyrics to current pop songs while others used songs from the movie soundtracks of their characters. The teams had choreographed dance moves and individual campers had funny lines that made the entire community giggle. Our counselors and campers are so clever. As a community we had so much fun laughing together and enjoying the displays created by each team. What an amazing special event for our very happy campers!

After doing the formations it began to rain so we moved everyone into the theater to announce the final scores. When it was announced who won for both songs and formations it seemed like every team went nuts with their cheering, even if they took the final spot. And then it was over and our Junior campers headed back to the bunks with their arms around each other. Our seniors went straight up to the theater where the DJ was spinning tunes and a dance was about to begin.

In the morning we will be fully into week #4 of the summer. This week our campers will be climbing mountains, paddle boarding on the ocean, canoeing, heading to the beach, safely leaping off of cliffs, playing in tournaments for baseball, softball, tennis, basketball, volleyball, soccer, dance and more. Our senior campers will put on a broadway-style musical that they have spent almost a month preparing for.  And those are just the big things on the calendar. I look forward to sharing with you the many incredibly moments that happen this week at our summer camp in NH.

This is a pretty incredible place to be a child. We invite you to learn about how we have so many very happy campers.