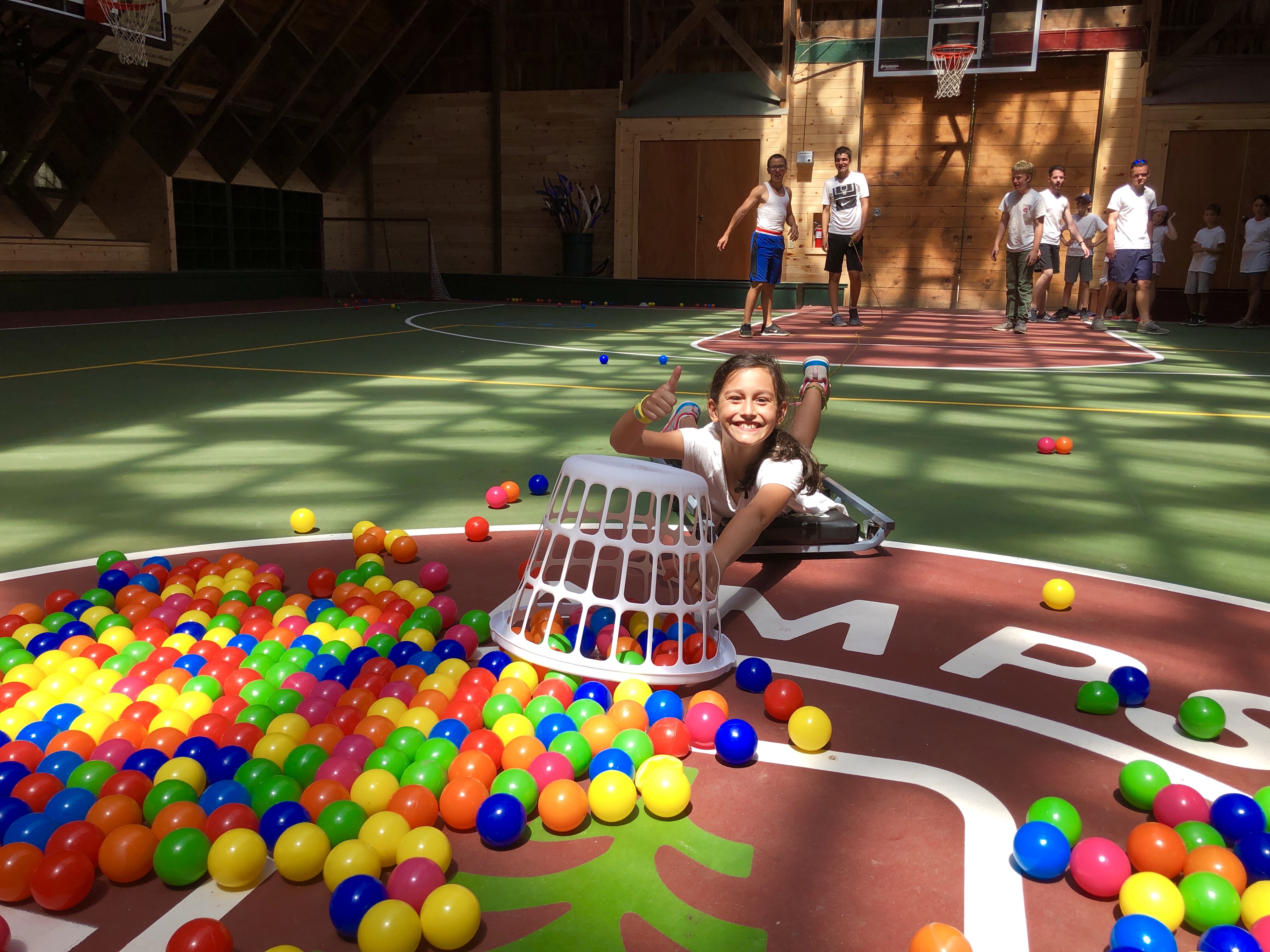 Weekends are really special here. As a brother-sister summer camp in NH, our boys and girls spend their weekdays doing their own thing. Campers in each camp participate in the same activities – team and individual sports, visual and performing arts, and all sorts of waterfront and adventure activities – just not together. The weekends are when we bring our two camps together for some of our amazing special events. It’s part of how we define ourselves as brother-sister camps (and not a coed one). 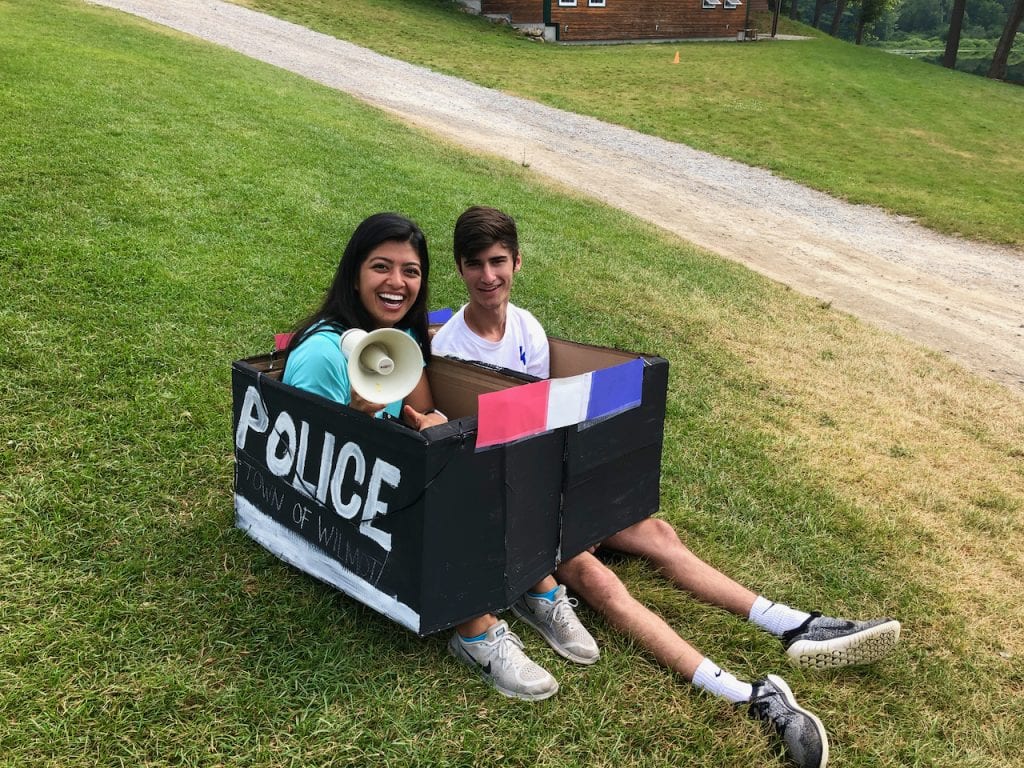 On Sunday our special event coordinator Harriet put together an all-day extravaganza called “Oddlympics”. Towards the end of morning assembly, as Scott said the tell-tale phrase “Are their any other announcements…?” pairs of counselors began to show up in weird, funny, creative costumes. 16 teams in all, based on the theme of Transportation Elimination. There were bikes, motorcycles, tanks, buses, airplanes, taxis, and even hot air balloons. The counselors had so much spirit, the skits they put on were so funny, and it was clear they were having so much fun that it set the tone for the entire day.

As each team traveled around the campus they took part in all sorts of fun and creative, non-traditional games. There was volleyball with 3 oversized balls in play at the same time. In the gym there was a human size version of Hungry, Hungry Hippos. On the Junior Ballfield campers’ feet were bound together for a game of 3-legged soccer. In the Hollow teams took part in something that combined coin tossing and tag. On the Evergreen Waterfront there were relay races involving kickboards and balls, and then an all-team tug of war. There was a bucket brigade to fill up a trash can and campers were only able to use drinking cups. A good time was very much had by all, and we invite you to look at the slideshow below of some of our favorite moments from today.