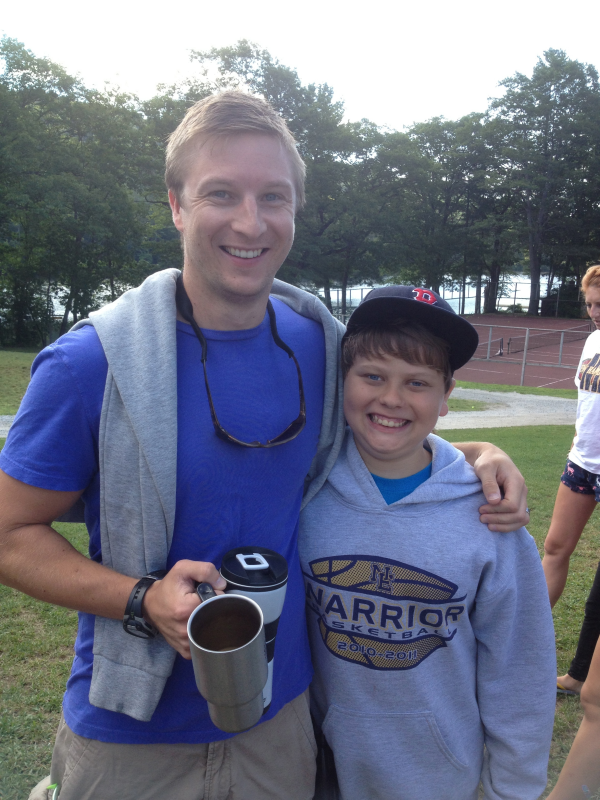 “Let’s Run Away And Join The Circus!” 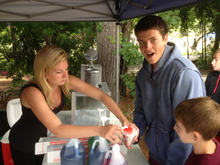 Today was another favorite annual Kenwood & Evergreen event, and a tremendous end to a weekend of non-stop fun.  All morning our campers and counselors were working together to prepare for this afternoon’s Carnival.  This year’s theme was Barnum and Bailey Circus, and it had both campers and counselors very excited.  The refrain all over Camp was “let’s run away and join the Circus!” Just after lunch our Evergreen Freshmen campers got dressed up in all sorts of costumes, taking on the roles of Ring Master, Lion Tamer, Lions, Elephants, Clowns and so many others.  They sang short, humorous songs that their counselors wrote for them about how great their characters were, and the entire girls’ camp cheered for each of our littlest performers.  In Kenwood our Freshmen also took on the roles of the archetypical Circus characters, but instead of singing individual songs, they put on a humorous skit for all of K&E in the hollow.  Then a group of counselors came out and did their own funny sendup of life in a traveling Carnival, complete with olde time soundtrack and a counselor riding a real horse into the Hollow! As is tradition our Juniper girls put on a fantastic choreographed dance routine, and then all of the Senior campers took part in husking the fresh corn that had just arrived from a local farm. And then the Carnival began! 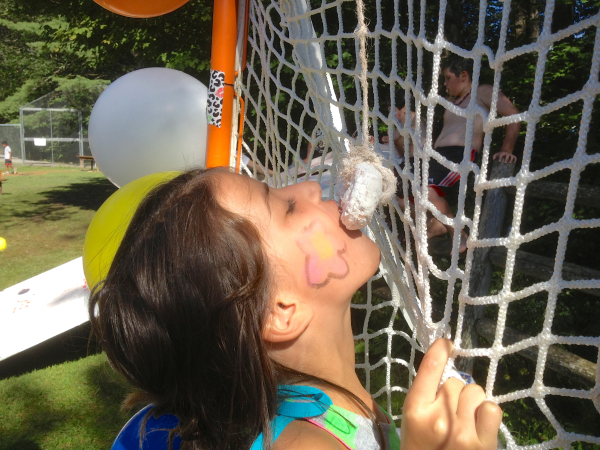 The Junior Ballfield had been converted into a massive fairground.  Counselors were serving cotton candy and snow cones, and later on popsicles and corn on the cob, steamed in our kitchen.  There was a waterslide and a slip-n-slide created by our campers, and horse rides, too.  We also had a dunk tank, and the line to be dunked was just as long as the one to throw the ball at the target.  There was skee ball and face painting, guessing games and donut eating contests, and both an obstacle and miniature golf course. There was loud, thumping pop music and friends running around together just having an unbelievably fun summer day, enjoying their unstructured time together.  It was such olde school fun, and I loved that our kids were able to enjoy such a timeless event. 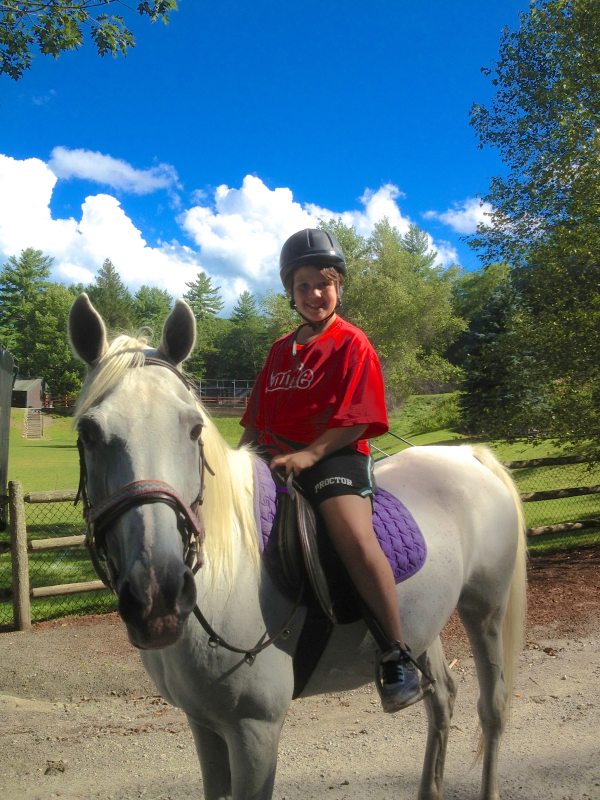 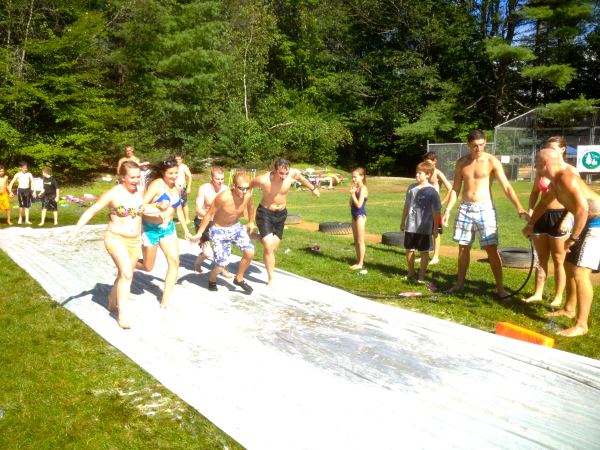 Heading back to the bunks to shower the food and mud off of themselves I asked a group of Kenwood campers what they thought of the day. One camper remarked “I’m soaking wet, I’ve laughed all day, and at the start of this I was wearing a pink tutu.  What a perfect day!”  Exactly. 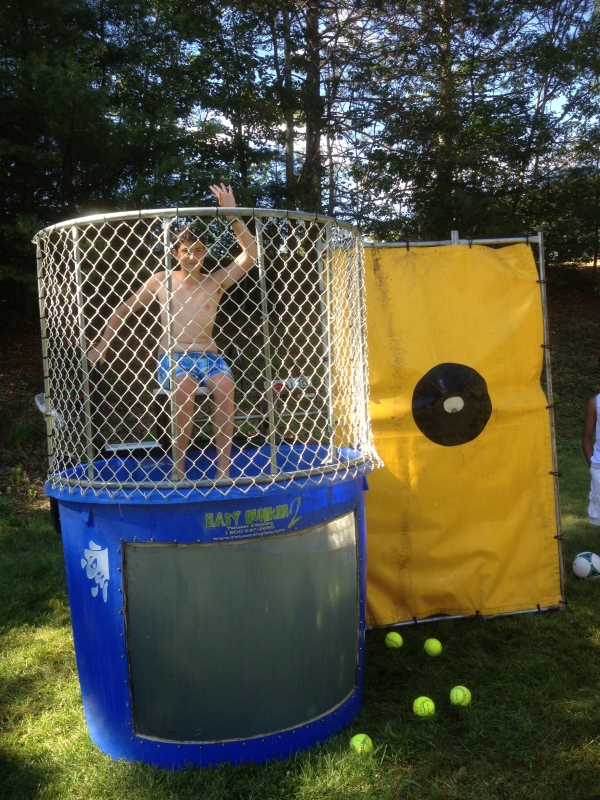 This weekend was our annual Homecoming event, and about 40 former campers and counselors traveled to Wilmot to visit their Camp friends. Amongst the many visitors we had one very special guest (and some of you spotted him in the Hollowpallooza photos last night): Justin Pritikin!

Justin Pritikin is an amazing 13-year-old Kenwood camper who was diagnosed with acute lymphoblastic leukemia in 2012.Thankfully, with the love and support of family and friends he is doing extremely well. While he will remain in treatment for the next two years, with daily meds and monthly hospital visits (procedures/IV chemo), he is cancer-free, with a prognosis for a full-recovery! After missing the summer of 2012 and not being fully able to be with us this summer we were thrilled when his parents asked if he could come up for Hollowpallooza and Carnival weekend. Justin was treated to a hero’s welcome when his friends saw him on campus, and we just could not be happier that he chose to spend a weekend back with us! We hope that Justin will be back with us for all of the summer of 2014.