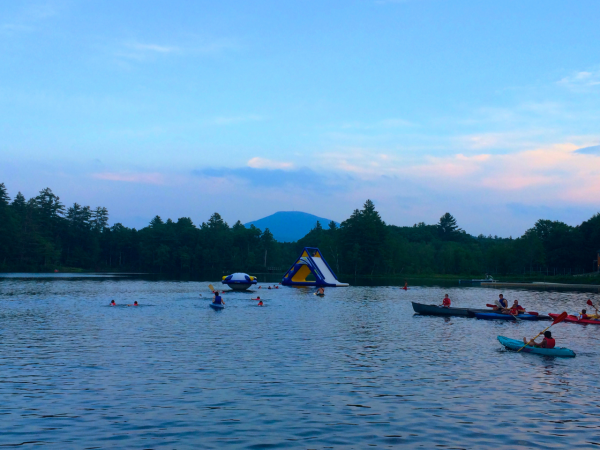 Learning How To Collaborate At Our Summer Camp In NH 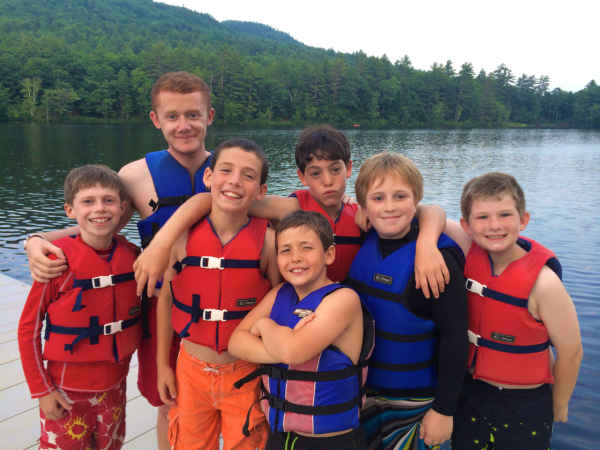 At our summer camp in NH our campers are learning many life lessons, including how to dream big and collaborate with one another.

One of the best parts of being at a 7-week summer camp is that you have time to work on long-term projects. You can build something big and complicated in the woodshop, or practice with your rock band until it you capture the sound you are looking for. You can keep going back to the batting cage until you’re connecting with the ball in just the right way, or finally get the nerve up to jump off of the zip line. You can try and fail and keep on trying until you accomplish your goal whatever it is. Today, a group of campers completed the first installment of what I can only assume will be one of the defining projects of the summer: The Camps K&E Newscast.

During counselor training, Scott and I asked our counselors who coach and teach to brainstorm ideas that could help our campers further develop their 21st century skills of collaboration, creativity, communication, and critical thinking. In one of the staff meetings three of our art counselors generated an idea that the entire staff got very excited about: what if our campers could create their own web-based newscast this summer? As camp directors we loved the idea, and told them to dream big and start putting together a plan.

So for the past 8 days campers from every age group have been working hard to make this dream a reailty. Some wanted to be in front of the camera while others were excited to be behind the scenes. A group of boys of different ages composed and recorded the theme song in our music building. Early in the week a team of videographers got together and decided to film the special events of week #1. Another set of campers sat down to research and write the dialogue for our news anchors. We even had more technically-mind kids who learned how to use Final Cut Pro and edited each of the vignettes. There were segment producers, sound technicians and art directors. They learned how to write dialogue, create a narrative, and even use a green screen.

Tomorrow night, during dinner, we will broadcast this first version of the Camps K&E Newscast to everyone in the dining hall. I know that most of the campers involved in this week’s episode have already begun working on stories for the next one. We could not be prouder of all of the participants, and love that they were able to produce something so interesting, so funny, and so smart. We would like to send out a special thank you to James Manigley, Jillian DiBlasio, and Rob Negus, our music, film making and theater tech counselors, whose innovative ideas and tireless efforts help make this whole thing possible. Acka-lacka-ching to you three!!

We invite you to watch this first episode, and also welcome comments in the space at the bottom of this blog. I will read your thoughts to the news team at their next meeting!

One story that likely won’t be included in the week #2 newscast is that we will be having a visit from not one but TWO tooth fairies tonight. Two campers in the Kenwood sophomore unit lost teeth, and both boys wondered if the tooth fairy would know how to find them up here in New Hampshire. Their counselors were incredibly excited to help them go through this important milestone, and each took great pleasure in putting together a little surprise that the boys will find under their pillows in the morning.

No, they don’t actually have wings, but they did want to know what they would look like with the help of Photoshop…

Tonight our Evergreen girls took part in one of the highlight evening activities of the summer: Counselor Hunt. Every female counselor had a 5-minute head start to find the best hiding spot she could locate. Some wore camouflage and some tried to outwit their campers with unique costumes. Two counselors even proudly hid under a wet tarp. So many of our counselors were fully committed to playing this game with the same level of intensity as the kids. I just love how enthusiastically K&E people embrace events like this. 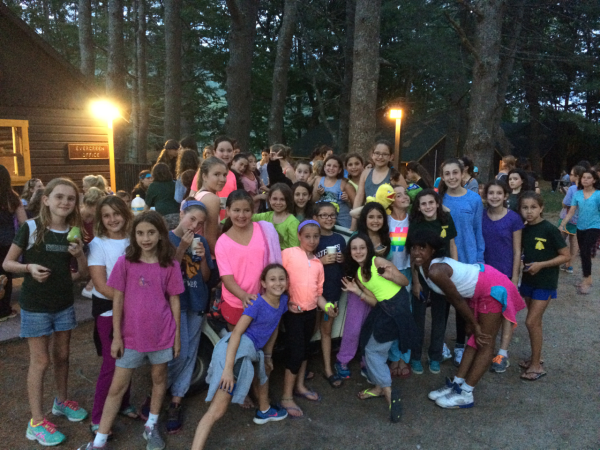 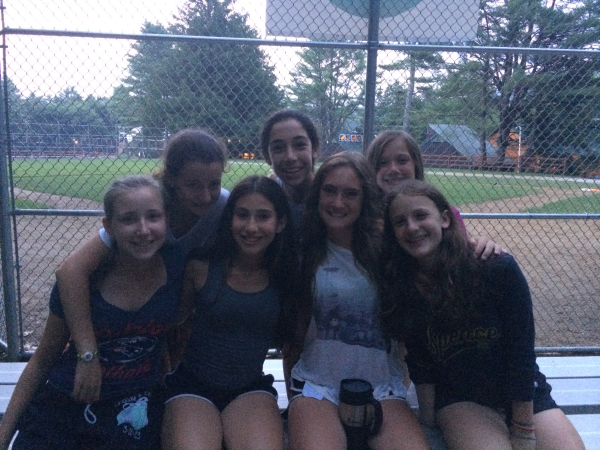 In Kenwood we decided to have a night at the waterfront. When we all headed down to the waterfront at 7:30 it was still hot and muggy, and just about everyone was excited about having another opportunity to jump into the lake. The water slide and water see-saw were open for business, and lots of campers and counselors swam out to use them. Other campers took out kayaks, canoes and paddle boards, and more than a few went fishing, too. At the request of the boys I shot a couple of quick videos of them taking great joy in jumping, diving and swimming. It’s just great having the chance to enjoy all of the fun things that we offer here at our summer camp in NH.

Campers develop life-long passions at our summer camp in NH. We invite you to learn more about the many exciting activities that we offer, and the vital 21st century skills that we teach.