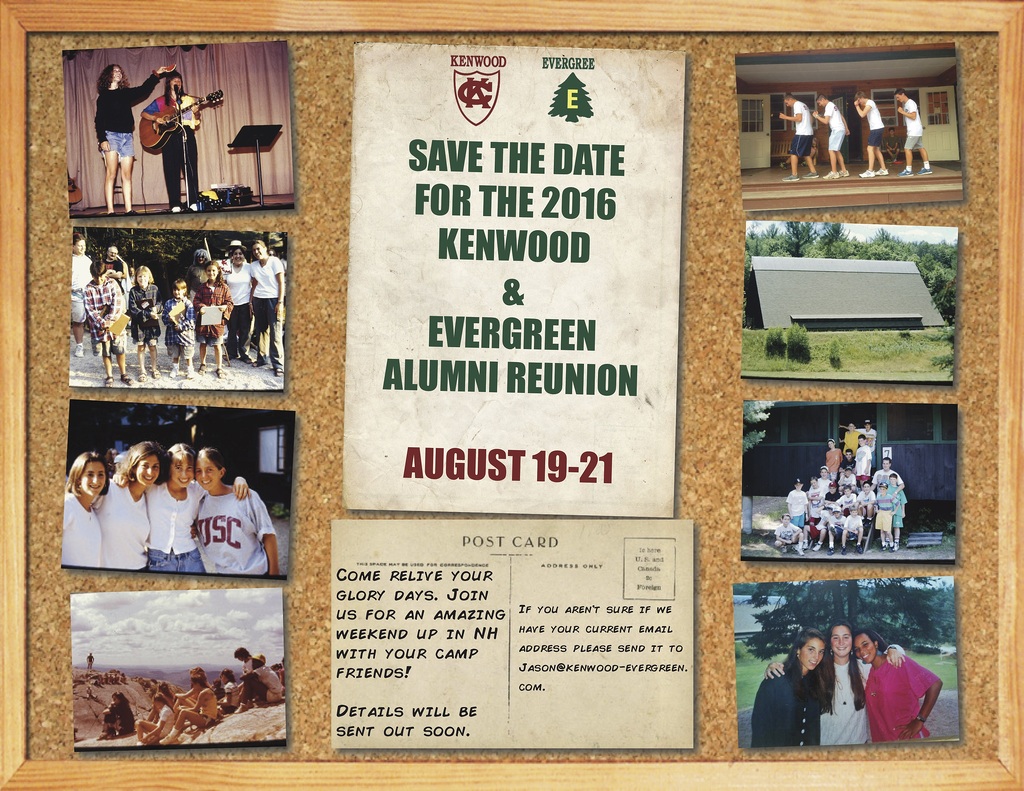 The friendships formed at our brother-sister summer camp really do seem to last a lifetime, and as our campers, counselors and alumni keep pointing out to me, camp friends really do seem to be wherever you go!

In the last two weeks I’ve gotten a flurry of excited emails from members of the camp community saying “you’ll never guess who I bumped into!” Like when Brady was getting on a jam-packed subway in Barcelona and said to his mom “hey, that’s Kenwood counselor Matt Trevis-Smith!” The fact that they bumped into each other in a country that NEITHER of them lives in is quite remarkable. Kind of like how Molly was about to board a plane and spotted counselor (and former Evergreen camper) Hannah Posner headed in a totally different direction!

And then there are all of the camp friendships that have lasted far beyond the days of being campers and counselors. Long-time K&E counselor (and now super talented chef) Jenna Sprafkin was in Philadelphia and made sure to spend time with Kenwood alumnus Phil Neff. Rachael Silver was over in the UK and hung out with Rebecca Franklin, Sophie Hofheinz, Meg White…and some guy in a wig and dress I don’t know. Sophie Anson-Smith and Leah Knight, who met as Evergreen counselors some years ago, took what looks like a fun holiday together in Berlin. And in what will come as a surprise to no one, Brittani Rutherford was once again back in the UK to visit with her BFF Amy Perfit. It looks like a good time was had by all! 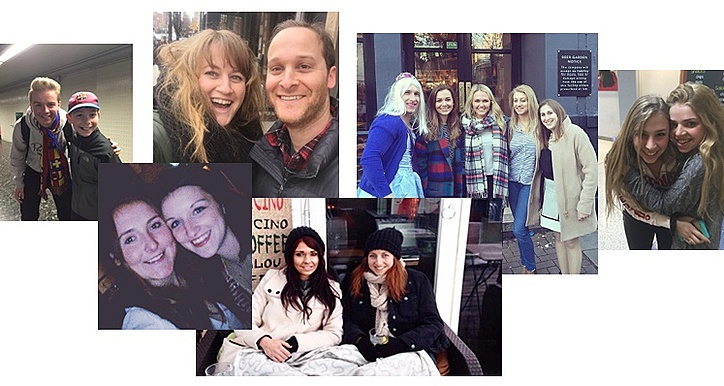 Seeing camp friends isn’t just for campers, staff and alumni…it’s also a favorite pastime of this camp director! Two weeks ago I was standing in Penn Station, deeply engaged in the music coming out of my headphones, when former K&E camper/counselor Jake Kirschenbaum tapped me on the shoulder. It was great to catch up and hear about all of the fun things going on in his personal and professional life. Earlier this week I was at a Starbucks in Westport, CT and got to spend a couple of minutes with Sam and his awesome brother Cooper. I am so excited for Cooper to join us for the summer of 2017! Just a few days before that I was in NYC and had the chance to see brothers Owen and River. As always, being with these two guys was a ton of fun! Speaking of fun, two Saturdays ago I was visiting my alma mater Colgate University and was fortunate to be able to take former Kenwood camper Sam Konsker with me to an Aretha Franklin concert. I’m always excited to spend time with our former campers, especially when great music is involved!

As you may not know, music is a HUGE part of our camp community, and just one of the many activities that help us teach 21st century skills. Every summer our camp puts on a multi-hour outdoor music festival called Hollowpallooza. Our campers and counselors form bands and spend 5 weeks practicing in anticipation of this incredible special event. While mastering their guitar licks and drum beats they are simultaneously honing important life skills like collaboration, leadership, effective communication and adaptability.

Not surprisingly, A number of successful music groups and rock bands have come out of K&E, and for many of the artists Hollowpallooza was their first time performing in front of big crowds on a stage.

RELATED: A chance to be your best self, and be a total rock star at summer camp

A great example of this would be Matt Lipkins, singer and keyboardist for the band The Shadowboxers. Matt was a Kenwood camper (and then counselor and unit leader), and throughout his many summers at K&E he was in too many bands to count. A few weeks ago Evergreen alumni Sara, Emily, Rachael, Ali, Lauren and Melanie gathered in NYC for one of their shows. Just a few days later the Shadowboxers were over in London for the start of their European tour and their K&E camp friends came out in numbers to support them, too. We were so excited to see that Katy, Jess, Ally, Ffion, Gayle and Dean made it to the show, and were there to support Matt and his bandmates. If you haven’t had a chance yet I highly recommend checking out Matt’s band!

The enthusiasm our community members have for their camp friends never ceases to amaze me. The bonds formed each summer at our brother-sister summer camp in NH truly do last a lifetime.

This will be on full display this coming August 19-21 during the 2016 Camps Kenwood and Evergreen Alumni Reunion. As with previous reunions, we anticipate a full campus of former campers and staff from around the world joining us for a weekend of friendship and fun. If your past includes a summer spent with us in NH please make sure to save the date for this incredible event!