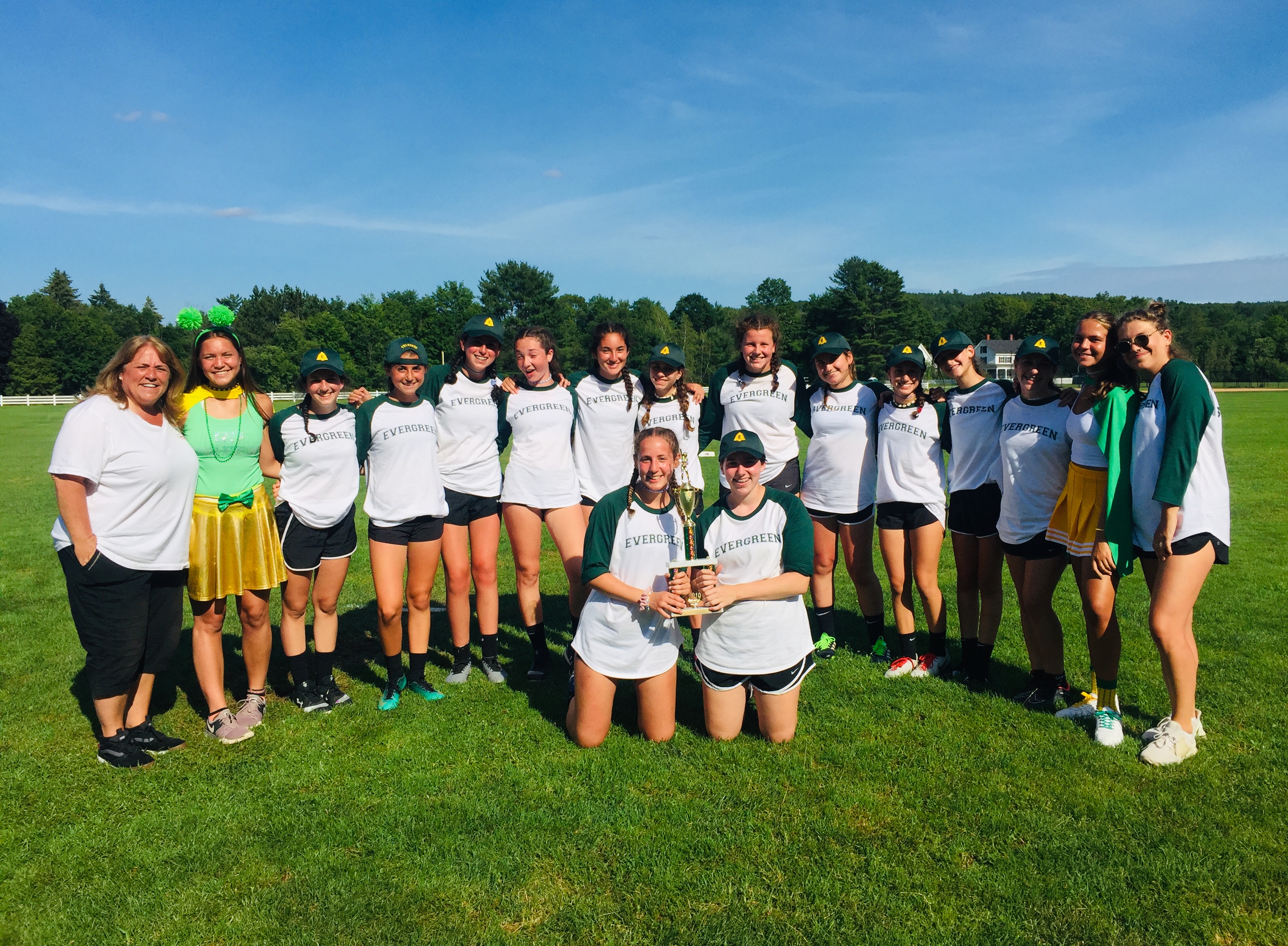 We play so many games and sports here, and one of the most beloved is the annual Tri-State Softball Tournament in each camp. For generations now our girls and boys have grown up dreaming of someday playing in this event that brings in camps from around the area. This morning, seconds after reveille our Evergreen Tri-State Softball players ran in a formation around campus, singing songs of solidarity as people from both camps came out of their bunks to cheer in support.

This is a tournament that many of our girls have been practicing to be a part of since they were 8 or 9 years old. And because we had so many interested players we ended up having not one but two different teams. Both were excited for today’s tournament, and both came ready to play.

Our girls in green won their first two games handily, and then beat the third team to advance to the finals. Our team in yellow also did very well, winning two of their games and ultimately securing a 3rd place spot in the tournament after beating Camp Bernadette. Evergreen A played in the finals against Camp Merriwood, and the game was so well matched that it went into extra innings. But our bats connected better and our pitching remained solid throughout, and we are happy to report that Evergreen A won the tournament! We are so proud of everyone who played today and are thrilled to see the 2019 Tri-State Softball trophy go to Camp Evergreen!