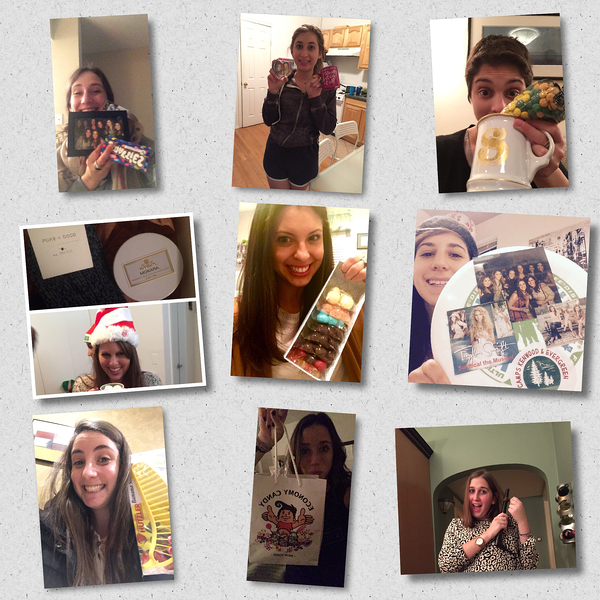 Since the New Year we have been inundated with pictures and stories at Camp friends seeing each other over the last few weeks. Some of these gatherings were planned, while others were purely accidental. There were sleepovers, birthday parties, mini-reunions, and even trips to other countries! We love how much our Camp community loves being together, and how so many Camp friendships span years and even decades of time!

In our first batch of photos, sent to us by campers and counselors, we had a sleepover after the Camp reunion in Boston; cousins hanging out together on the beach; a vacation to Michigan to visit a long-time close camp friend; a big sleepover in the Boston area; two former campers hanging out with their counselors from YEARS ago (including one who flew in from the UK); a reunion of Kenwood campers playing Gaga in NYC; and a massive, multi-family trip to Mexico that included current Camp parents, alumni from the 70’s, 80’s and more recent era, one of our fabulous Camp nurses, and a whole lot of Kenwood and Evergreen campers Yes, everyone on the trip was related to each other, but they still had more than a dozen members of our NH summer camp community on the trip, and we think that’s just awesome! 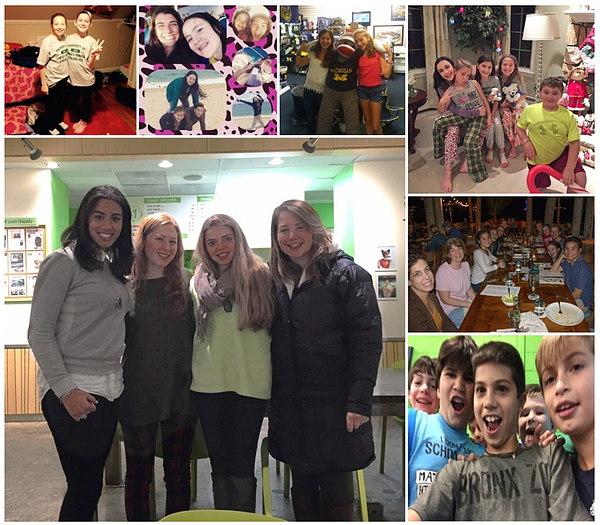 Our second batch of photos was even more international. There were a few Camp reunions this December in the UK. On the top left we had a gathering of current and recent counselors, and on the top left you’ll see former Evergreen camper/counselor/unitleader/head counselor Jaime Cohen Pickles (now director of Everwood Day Camp in Sharon, MA), and longtime Kenwood counselor Iain Smythe at a pub in England. In other photos in this collection you can see that Logan Mitchell had a blast on her trip to England, seeing Jonno, Cohn, and Tom Shanks. Jordan and Laura were together and being silly on New Year’s Eve, and Jacquelyn and Lindsay enjoyed some time together on the beach in Florida (ok, they didn’t travel outside of the US, but this whole batch was about counselors…). 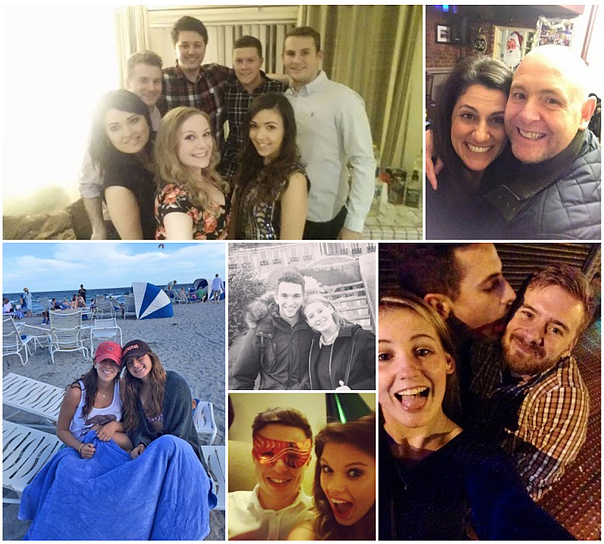 Our third batch of photos starts with a gathering of three generations of Evergreen women, including Deena, Wendy Dephoure Berger, her daughter Abby, and my mom (Evergreen alumna) Amy Sebell. Justin hung out in Florida with his buddy Eric, and Amy also was also down south hanging with her Camp friend Avery. Last but not least, the Gutkins were out for breakfast and ran into the Erman family.

And while I don’t have a picture of it, the Bergers let us know that they were walking in Florida last week when someone recognized Abby’s Evergreen t-shirt. It was Sandy Kenwood’s waterfront this summer! Kenwood and Evergreen Camp friends seem to be wherever you go! 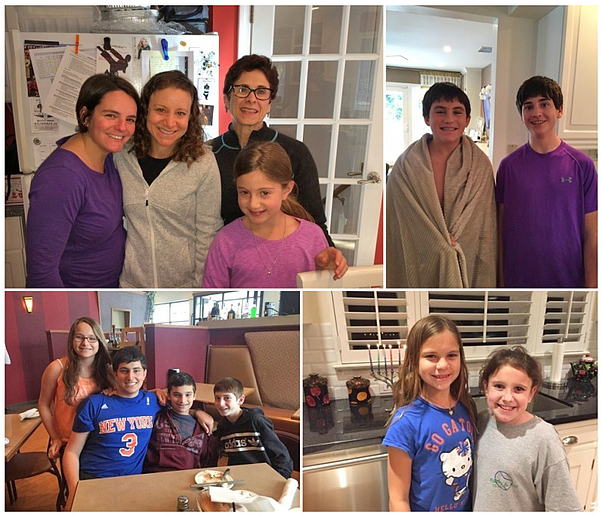 I also want to give a shout out to Evergreen’s Juniper 2006. Almost a decade since they were last campers, this group still exchanged Evergreen-themed Hanukkah presents this year. You guys are amazing, and thanks so much for sending us this photo collection of the funny, silly gifts you sent each other. It’s so wonderful to see that Camp friendships really are forever!

With everyone returning to school and work today we also wanted to share how excited we are to see so many members of our Camp community this coming Friday at the 15th annual Senior Camper Winter Weekend! On Friday morning I will be picking up around 75 campers and staff in the Tri-State area as we board an Amtrak train and head north. That afternoon we will meet up with another 40 or so Camp friends at the 128 bus station in Dedham, as we gathered and head to our camp in NH for an incredible weekend of sledding, ice skating, snowball fights, gourmet meals, and just having a blast together at Camp. Click here to read more about this incredible event, and if you’d like to see photos from last year’s Winter Weekend please click here.

Camps Kenwood and Evergreen has been the cherished summer home of boys and girls around the world for 85 years. We invite you to learn more about our incredible summer camp in New Hampshire.