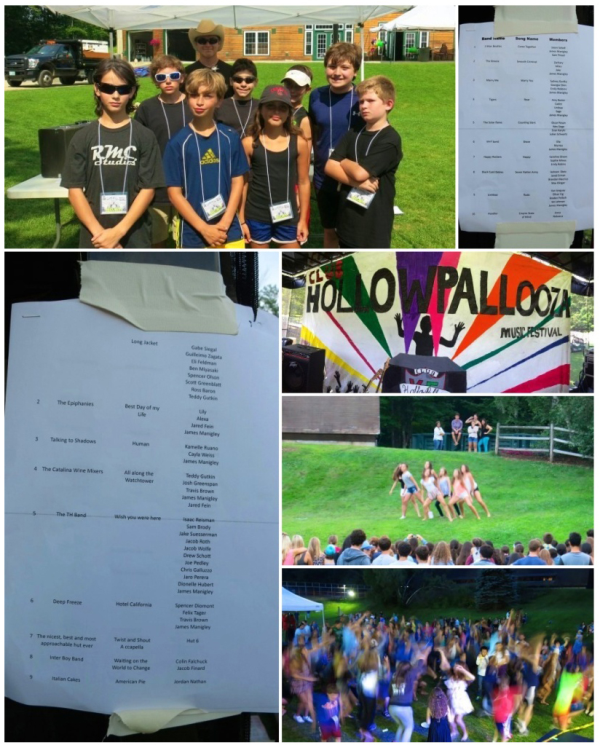 Songs and Sounds From Our Amazing Music Festival

Songs and Sounds From Our Amazing Music Festival 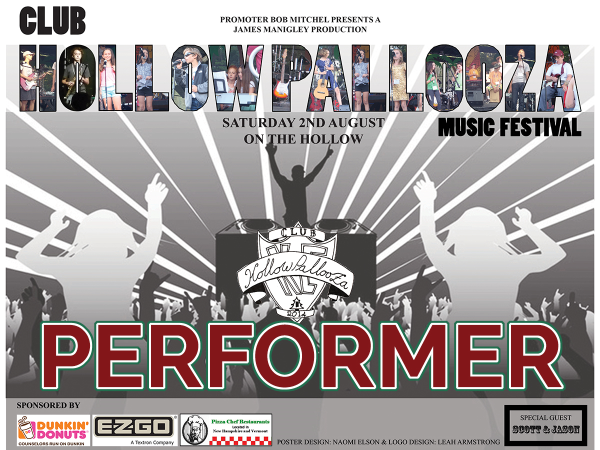 On #tunetuesdays we like to share music, and today we’ve got a ton of amazing music to share! On the 5th saturday of each summer our community puts on its annual music festival called Hollowpallooza. We place a 30-ft stage in the center of Camp, have a massive BBQ, and dance along while our campers and counselors play almost five hours of music. It’s an event you have to see to believe.

As I have discussed in previous blogs, our summer camp in NH focuses on teaching 21st century skills to children and young adults. These skills include collaboration and creativity, along with learning how to take healthy risks. Our music festival is one of many events during our camp season where our campers get to showcase what they have been working on all summer.

Playing successfully in a band isn’t easy. You have to actively listen to the other players and follow the same time signature. Commitments must be kept regarding practice (both together and alone), which inevitably requires patience and compromise. In the midst of all of this you are asked to bring your own ideas and artistic sensibilities to the effort. And after weeks of practicing you have to muster the courage to take the stage in front of people. Being in a band at our camp helps you work on all of these important life skills while also having a ton of fun. 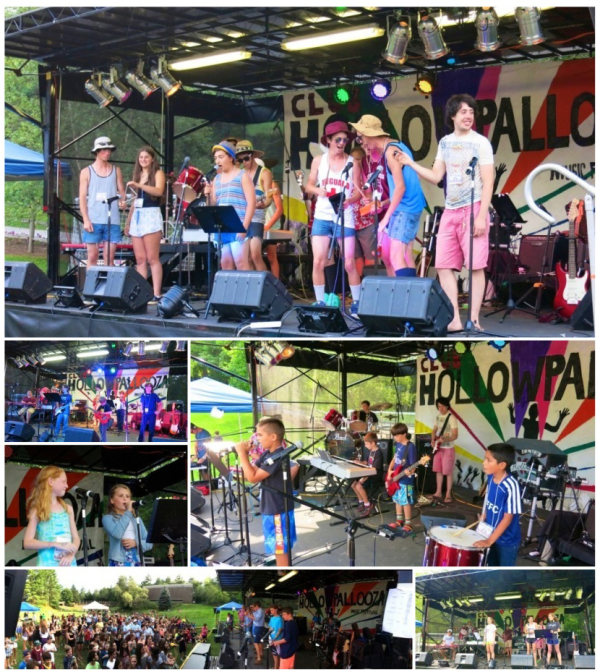 This past year we had more than 50 different bands and acts take to the stage, knowing that their camp friends in the audience would be there to support and cheer them on. Almost every genre of music was covered during this summer’s festival: classic rock, folk, hip hop, reggae, jazz, indie, heavy metal, classical, jam band, a cappella, and more! And every single act involved campers and counselors performing songs that they had spent the past five weeks rehearsing.

For some this year’s concert was their first time taking to the stage, or singing a solo in front of a crowd. For others it was a chance to show off how much they had grown and improved since last year’s event. For many of our oldest campers, their performance in Hollowpallooza was the culminating experience of their summer camp career.

One of my favorite aspects of Hollowpallooza is how it involves campers who don’t yet play an instrument. This year the championship-winning Evergreen dance team put on a performance in between musical acts. Each year a team of boys and girls volunteer to organize the backstage area, while another maintains “security” (these kids are invaluable, as they take turns going out into the crowd to find musicians to let them know that their act is coming up shortly). Other groups of campers work for days designing and painting the elaborate backdrop for the stage. This year other campers created a photo booth, while others painted faces and decorated temporary tattoos. As the sun went down every member of our overnight camp community was dancing. The entire festival is just amazing.

So I am excited to announce that this year’s Hollowpallooza music has been edited and engineered, and the final mix is now available for download. Below you can find links to the recordings for each set. Please note that we did not know the names of every song or band performing them, so they are simply marked “act 1” or “act 7”. If you or your child would like us to update a track with the correct information please send me an email, or post a message on this blog. I certainly want to make sure that performer’s effort is properly identified!

It’s only 242 days until the start of the summer of 2015, and 207 until our next Hollowpallooza music festival. We can’t wait!

Camps Kenwood and Evergreen is a 7-week brother-sister summer camp in Wilmot, New Hampshire. Our mission is to provide our campers with the most developmentally impactful experience possible by teaching 21st century skills like creativity, collaboration and compromise.