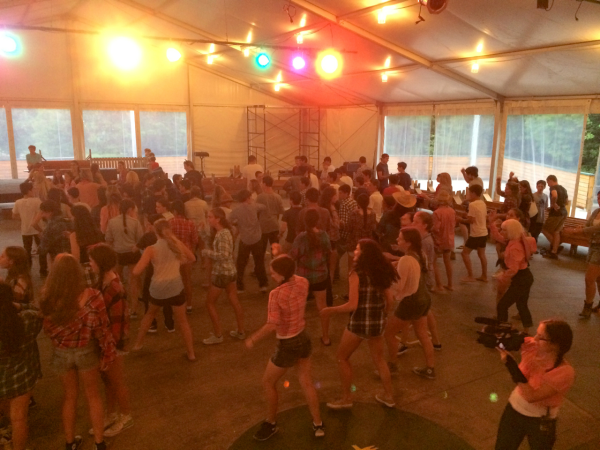 An Amazing Special Event At Our Summer Camp In NH 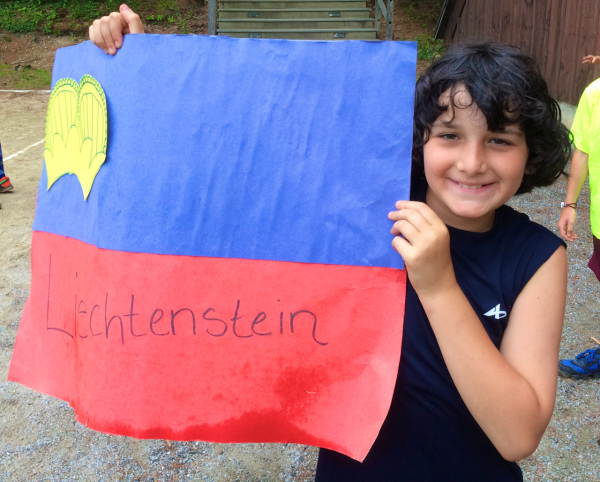 As a brother-sister summer camp in NH, our boys and girls spend their weekdays doing their own thing. Campers in each camp participate in the same activities – team and individual sports, visual and performing arts, and all sorts of waterfront and adventure activities – just not together. The weekends are when we bring our two camps together for some of our amazing special events. 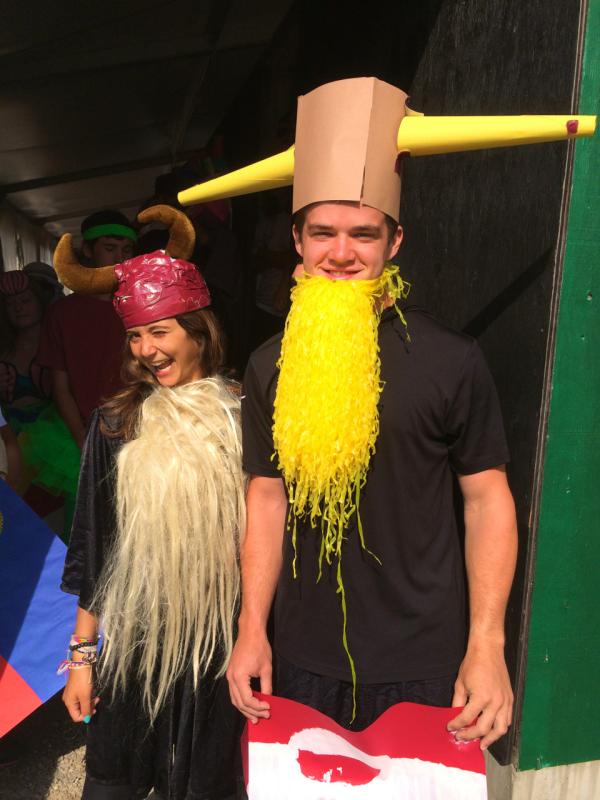 On Sunday our special event coordinator Mia Bauman-Walsh put together an all-day extravaganza called “World Cup”. Just after breakfast the entire Camp community met for an assembly, and just as Scott asked “are there any other announcements” pairs of counselors came streaming out of hiding spots, representing 14 different countries that would be teams for the day. So that no one lamented not being on their actual home country’s team, Mia made sure that the country teams were from lands underrepresented in our Camp family. Amongst the teams included were Fiji, the Marshall Islands, Tajikistan, Liechtenstein, Papua New Ginea, and Monaco. Each team of counselors put on a short skit to explain where they were from, and the kids laughed and cheered at the elaborate costumes and pageantry. It was a great morning for Camp spirit! After quick team meetings (and the weekly all campus changing of bed sheets), the entire community rolled out for the first round of games.

Our summer camp in NH tries to infuse the teaching of 21st century skills into every one of our activities. Nowhere is this more apparent than during Mia’s amazing special events. During World Cupeach co-ed activity was designed to help our campers work on some, or all, of the following crucial life skills: problem solving and effective communication, teamwork and collaboration, adaptability and resilience, creativity and critical thinking. Here are a couple of examples: 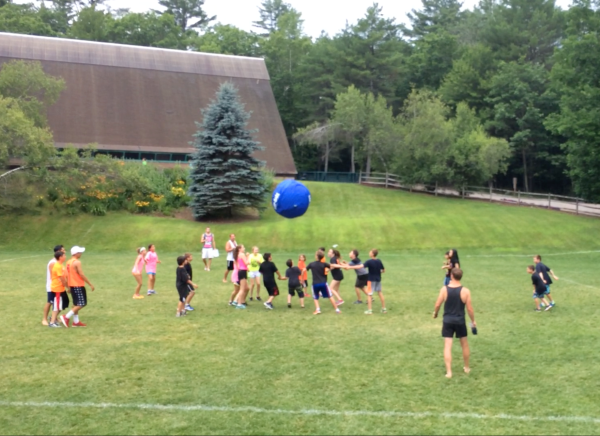 In the Hollow teams took part in a version of soccer…with two important twists. One, the ball was 8 feet in diameter, and two, campers had to hold hands with another member of their time as they ran up and down the field. Before the start of the game each team huddled together to develop their best strategy. Some matched older and younger campers together, believing it would spread out the stronger players. Others matched campers of the same height, figuring that it would enable greater mobility on the part of the pairs. I also saw teams discussing the merits of heading this giant ball, and whether to have their offense swarm, or work in smaller groups. At each game different leaders emerged, and campers of all ages learned important lessons about testing your assumptions, and adapting to new information. 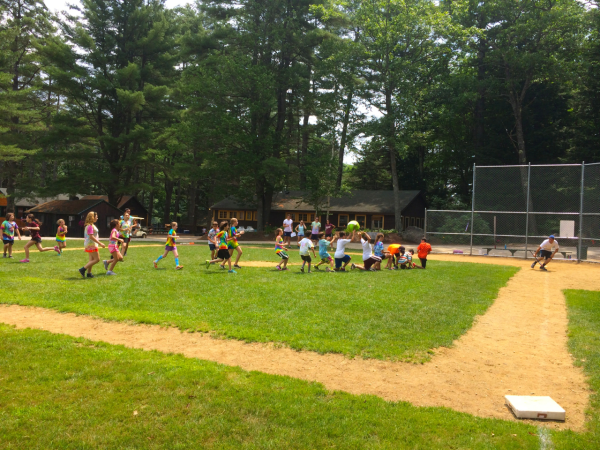 On the Evergreen Ball Field there was a modified game of kickball. The modification was that instead of running around the bases, the batter ran to second and then to home. A run was scored if the team in the outfield was unable to grab the ball, line up in a straight line, and pass the ball successfully from the front to the back over their heads. Like all of the games yesterday our kids were laughing, having a great time being with each other, but they were simultaneously working on those vital 21st century skills. As I sat and watched their games I saw the players slowly realize that there were many ways to tweak this game to improve their playing. Most teams realized that assigning an order, based on height, would alleviate the problem of a taller camper dropping the ball when handing it to a shorter one. I also saw a first year senior on one team create the role of coach, talking the other players through the passing of the ball, and then jumping into the back of the line as it reached the end. As I walked around all day this is the sort of 21st century skill building I saw over and over again.

Our kids seemed to experience this co-ed event as a great day to be with their peers from the other camp. It’s always wonderful to see the friendships that develop during the summer between our boys and girls, even if they don’t interact with each other every single day. All in all, this really was an amazing special event, and a great time was had by all!

And just as the last game was wrapping up we started to feel a little rain coming. After a dinner that was so well received that our campers (on their own) led an impromptu cheer of thanks for our Chef team, our Junior campers had a movie night in the gym, and our Senior campers had a square dance in the theater. Just as with the earlier events of the day, our seniors made this brother-sister camp event one of fun and spirit. Campers and counselors arrived in cowboy attire, ready for a hysterical night of dosey doe’s and line dancing. Just about everybody danced, and from the Kenwood Freshmen bunks you could hear the laughing and clapping above the twang of the music. I love how our campers are able to turn make every event in to something fun, and something special.

Our summer camp community has a unique culture. It teaches campers to take healthy risks, be resilient, and keep a positive mindset. We invite you to learn more about the incredible outcomes we create each summer.

Learn More About The
Kenwood and Evergreen Experience
all blog posts