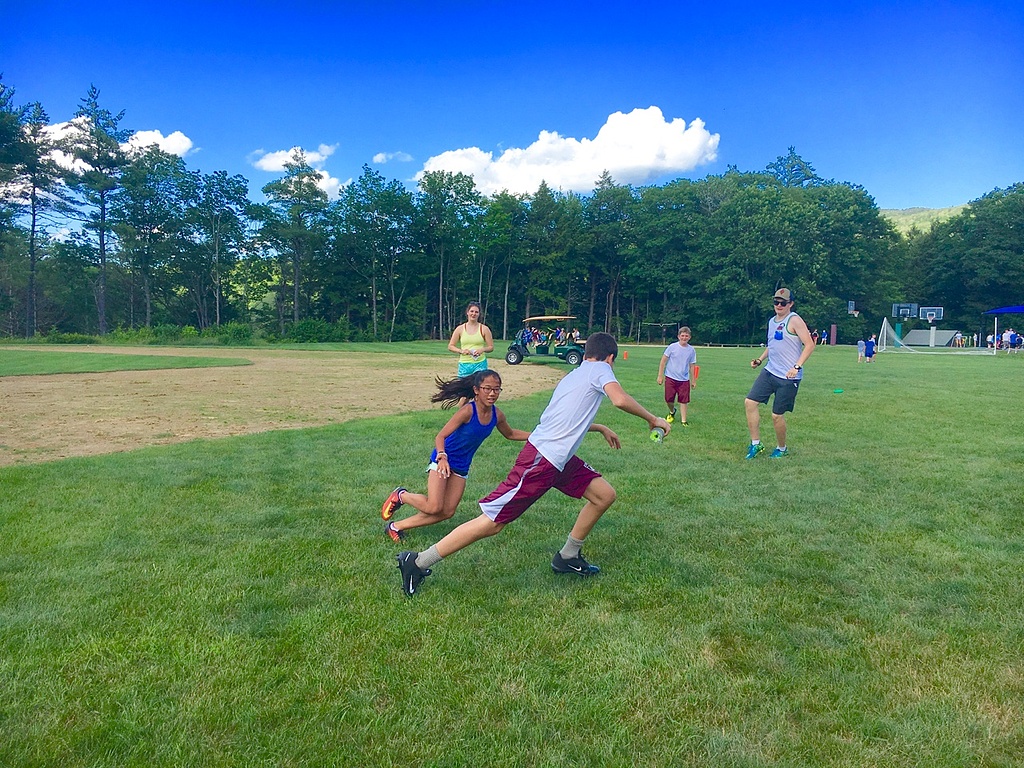 A Sunday of Fun Sports and Capture The Flag

Sunday’s are really nice days here at Camp. This morning we all slept late and had a nice relaxing start. The weather was gorgeous and after a few rainy days the entire community was excited to see some spectacular weather.

After a big bunk cleanup Kenwood had its first Watermelon League of the summer. This is a season-long intramural league where our boys ages 8-12, along with their counselors, play each other in softball, soccer, basketball and other fun games. Watermelon League is yet another way we help our boys of different ages get to know each other, and have a lot of fun doing it. Today’s Watermelon League games were all softball, and everyone seemed to be really happy to be out on the diamonds batting and fielding.

When the league ended all of Kenwood Junior Camp spent the rest of the morning enjoying recreation time at the lake. Kids were swimming, diving, playing water basketball, fishing, and taking out canoes, kayaks and stand up paddle boards. It was a great morning all around!

As our boys were heading to the waterfront Evergreen was having its first Candy Bar League games of the summer. This is our all-female intramural sports league.  Each team is named after a different candy (of course a peanut free and tree nut free candy!), and is comprised of campers of all ages and counselors of different units.  Over the course of the summer the Candy Bar League teams will get to play each other in soccer, softball, street hockey, kickball, and volleyball.  Just like with Kenwood’s Watermelong League, it’s one of the many, many ways that we make sure that everyone in our girls’ camp feels a part of the Evergreen Sisterhood, and gets to know everyone quickly. 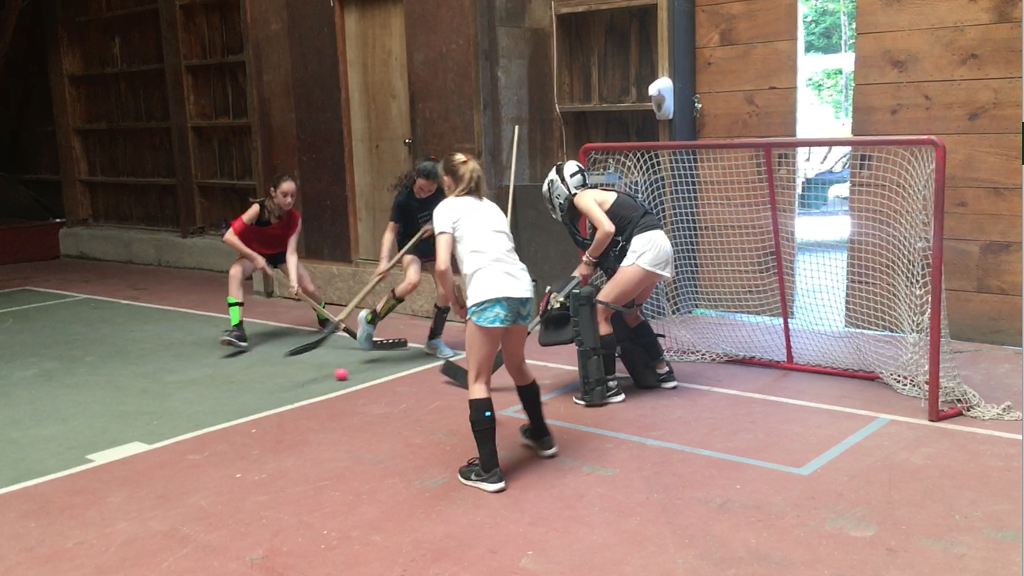 While most of our girls’ camp was playing sports the Evergreen Freshmen were having a different sort of bonding experience. They were at the lake swimming and sunbathing, and taking turns tubing around the lake. All morning our youngest campers and their counselors were laughing and screeching with delight as they spun around the lake behind one of the speed baots with their best camp buddies. 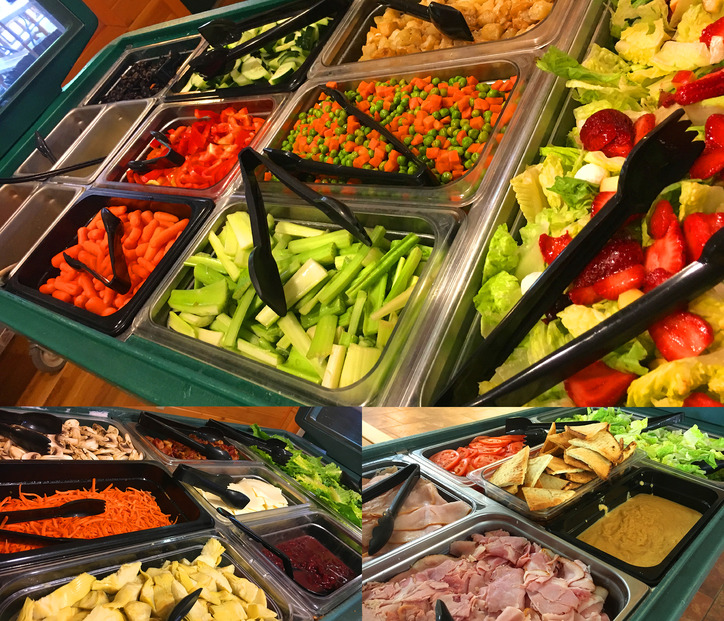 After an incredibly delicious lunch, and one of the best salad bar spreads I’ve ever seen here,  this afternoon we played one of our campers’ favorite games: Ultimate Capture the Flag. “Ultimate”, as it is known here, is just one of the amazing special events that are run by our Athletic Directors Jacki and Bob Mitchell. Each of their events is fun and exciting for the campers, and yet also helps them further develop their 21st century skills (such as creativity, collaboration, critical problem solving, adaptability, and leadership). This particular event requires our campers to together work in small groups, trying to outwit the flag guards on the other team. They have to navigate throughout camp, trying to find clever ways to sneak around the campus and steal the flags. Everyone — from the youngest freshmen to the oldest senior camper — has a role to play in this game. 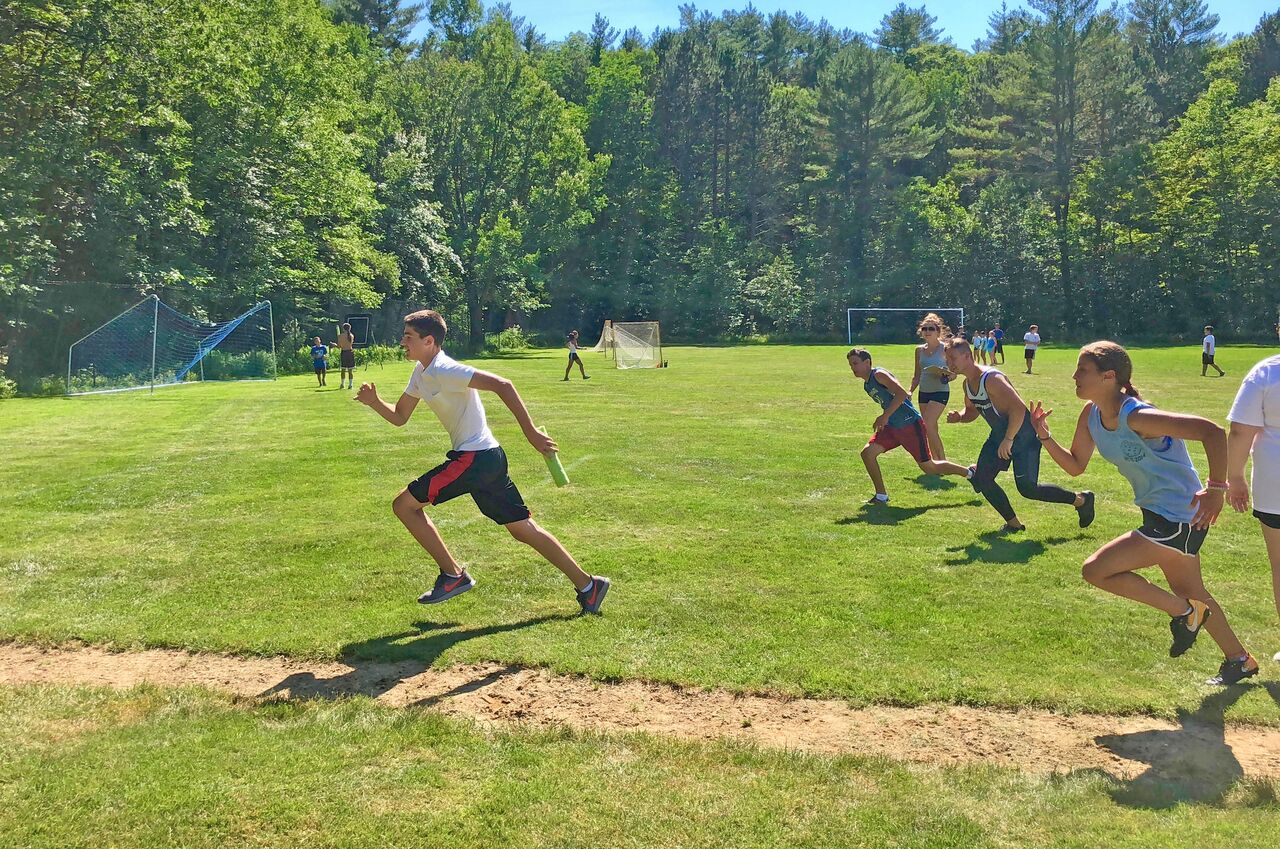 During Rest Period our Junior Counselors drew a white line down the middle of camp, and flags were placed in strategic locations throughout the campus.  The entire community was split into two teams and for about two hours this afternoon the Blue and White teams battled it out. Our campers love this game for many reasons: it’s fun, it’s exciting, but it’s also a chance for our boys and girls to spend time with each other. We have so many siblings between the two camps, and we also love how easy it is to make friends with the campers in the other camp. That’s part of the fun of living in a brother-sister camp community!

RELATED: What Is A Brother-Sister Summer Camp?

So all afternoon campers were running and dodging and chasing up and down the property, unaware that they were also working on important life skills.  Some were leaping over the white line in an attempt to score points for their team, while others were giving every ounce of energy that they had to tag someone before they were able to cross into safety.  It seemed like campers of every age were having a blast at this game. At the half the White team was up by about 1,000 points, but by the end the Blue team came back to win by over 2,000 points. A great time was definitely had by all.

After the game both camps had a quick swim, and then we had an amazing dinner cooked by Chef Arnaldo. Then our Junior campers hung out in the gym to watch Moana, while our Senior boys and girls sang and danced their hearts out doing karaoke in the Theater. Not everyone in Junior camp wanted to watch the movie so we opened up arts and crafts for our friends as well. All-in-all it was a lovely, relaxing way to end a pretty spectacular first full weekend of the summer.

We pack a whole lot into every day of the summer, and while we relax a bit more on the weekends they are still incredibly fun and interesting. Weekends are also extra fun here because they are when we bring our brother and sister camps together for age appopriate activities that are a great time for all ages!