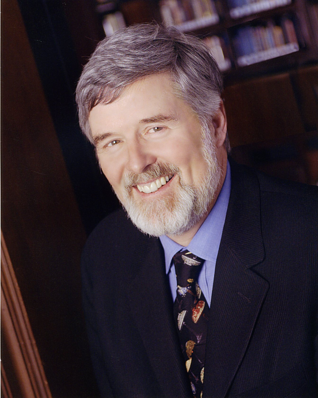 We are excited to announce a very special upcoming event! On Thursday, February 6 we invite all Camps Kenwood and Evergreen current and future parents to a talk with Michael Thompson, Ph.D. as he presents “Best Friends/Worst Enemies: Friendship Development, Popularity and Social Cruelty in Childhood”. This free event will take place from 7:00 – 9:00pm at Everwood Day Camp in Sharon, MA.

Space is limited so to confirm your attendance please click here. We hope to see you on February 6th!

This presentation walks teachers and parents through the complex social world of childhood and addresses a number of questions: What do social relationships in school predict about happiness in adult life? What is the normal sequence of child friendships, from the parallel play of the two-year-old to the intimate self-disclosure of the adolescent? Why do cliques form and what are the differences between boy and girl groups? Why are children scapegoated and how can their parents and school protect them? Dr. Thompson will draw on research to highlight the differences between friendship and popularity. He makes suggestions about the management of social problems in schools and makes the case that while all children yearn for popularity, it is friendship that helps children survive and thrive.

Michael Thompson, Ph.D. is a consultant, author and psychologist specializing in children and families. He is the supervising psychologist for the Belmont Hill School and has worked in more than five hundred schools across the United States, as well as in international schools in Central America, Europe, Africa and Asia.

Dr. Thompson and his co-author, Dan Kindlon, wrote the New York Times best-selling book, Raising Cain: Protecting the Emotional Life of Boys (Ballantine Books, 1999). With co-authors Catherine O’Neill Grace and Larry Cohen, Ph.D., he wrote Best Friends/Worst Enemies: Understanding the Social Worlds of Children (Ballantine, 2001) and Mom, They’re Teasing Me: Helping Your Child Solve Social Problems (Ballantine, 2002). About Best Friends, Worst Enemies the Publishers Weekly review declared, “Not since Dr. Spock and Penelope Leach has there been such a sensitive and practical guide to raising healthy children.” The Pressured Child: Helping Your Child Achieve Success in School and in Life (with Teresa Barker, Ballantine, 2004) was written to help parents understand the complex journey of children through school, from Kindergarten through senior year.

His newest book, Homesick and Happy: How Time Away From Parents Can Help a Child Grow, was released by Ballantine Books in May 2012. He is also the author of Speaking of Boys: Answers to the Most-Asked Questions about Raising Sons (Ballantine, 2000), and It’s a Boy!: Understanding Your Son’s Development from Birth to Eighteen, (Ballantine, 2008).
Dr. Thompson has appeared on The Today Show, The Oprah Winfrey Show, ABC 20/20, CBS 60 Minutes, The Early Show and Good Morning America. He has been quoted in the New York Times, The Washington Post, Newsweek, Time and U.S. News and World Report and has been a guest on NPR’s “Morning Edition”, “Talk of the Nation” and the Diane Rhem Show. He wrote, narrated and hosted a two-hour PBS documentary entitled “Raising Cain” that was broadcast nationally in 2006.

Dr. Thompson is a past member of the board of the American Camp Association and is on the Advisory Board of Parent Magazine. Dr. Thompson lives in Arlington, Massachusetts. He is married to Dr. Theresa McNally, a psychotherapist, is the father of Joanna, 27, and Will, 21 and a recent grandfather of Aubrey, born in February, 2012.