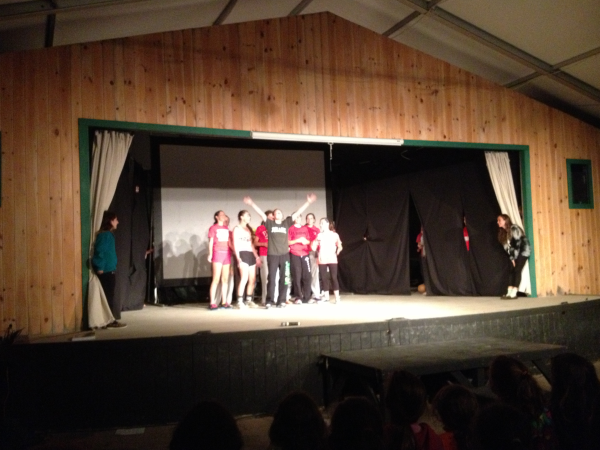 A Nice Relaxing Day at Camp 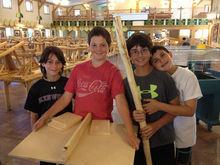 When I got up this morning and headed to the office the air was crisp and it felt good to inhale through your nose. I stood with my boys by the Evergreen waterfront and enjoyed the fact that we were still here for a couple of more days. We then walked over to the porch of Oak Lodge to hang out with the many Kenwood Sophomores who were awake and eager to start their day. They were laughing and discussing how much fun they had had during Color War, and all of the fun times they have had throughout this summer.  It was great to see how quickly everyone had settled back into their “camp as usual” mode.  Everyone got to Assembly a little faster than they had in almost a week.  There was a whole lot of laughing and joking around and you could see that everyone was in the mood to just enjoy these last few days of the summer.  After breakfast the whole camp moved out to regular activities, including all of our arts that had taken a break during Color War.  So many campers rushed to finish up their final projects, so that they could take them home on Saturday.

Our Kenwood Seniors left around 10am for their final trip of the summer.  Upon arriving at Weirs Beach they spent the morning riding the water slides and enjoying a sunny day at the beach.  In the afternoon the counselors and campers took turns racing around a go-cart track. After a fun dinner Scott joined them for a movie and a little bit more fun before returning home.

At dinner a group of campers and counselors came running to show me a picture that they had taken yesterday on their trip to Clark’s Trading Post. As you can see, it’s absolutely priceless, and I’m so glad that they let me scan it to show it to you. The counselors told me that when they learned that something like this was possible they immediately pooled all of the money they had. They were beyond excited to have captured this silly moment in time with campers that they love so much! 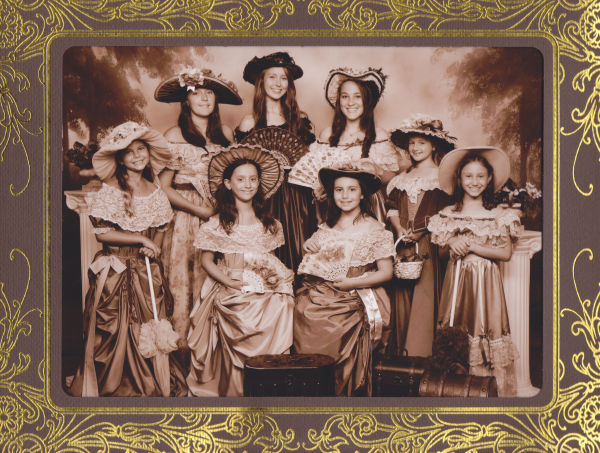 In the afternoon Scott and I welcomed a very special guest to campus: Donald Hall, the former poet laureate of the United States. Donald lives on the other side of our lake, and has been a good friend to Camp for a very long time. He actually worked with our photographer Sheila on a series of gallery photos that included text from his poems. As we drove him around Camp he entertained us with stories of what Camp was like in its earliest days, of his memories of K&E’s founder Ken Huberman, and of his incredibly interesting life. My favorite was when he talked about his uncle who remembered when the local Union soldiers returned from fighting in Virginia. As he said “I actually remember someone who remembered the Civil War!” Towards the end of our visit we sat together by the banks of the Evergreen waterfront to enjoy the calm stillness of the afternoon. We listened as the soft wind rustled through the trees and watched as the transitioning light brought out new shades of green around us. It was a magical moment that I will not soon forget. 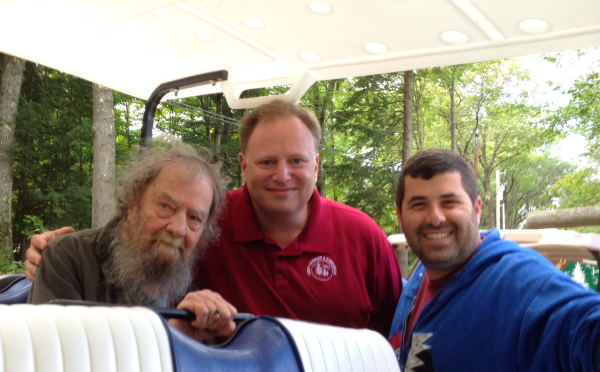 This is a poem that Donald wrote about our beloved Mt. Kearsarge.

Great blue mountain! Ghost.
I look at you
from the porch of the farmhouse
where I watched you all summer
as a boy. Steep sides, narrow flat
patch on top –
you are clear to me
like the memory of one day.
Blue! Blue!
The top of the mountain floats
in haze.
I will not walk on this porch
when I am old. I turn my back on you,
Kearsarge, I close
my eyes, and you rise inside me,
blue ghost.

After dinner my boys and I drove around on the golf cart and we had the pleasure of seeing everyone on campus playing together and having a blast.  The Evergreen Lawn was filled with girls and their counselors enjoying being together.  They were playing ping pong and swinging on the playground swings, and just lounging together on the many benches.  In the Freshmen & Sophomore Compound kids and counselors were throwing around a football and a few frisbees, playing catch and lacrosse, ping pong, tetherball, Magic cards, and jamming on their guitars. About two dozen campers and staff lay quietly on the grass of the Hollow, simply enjoying the lazy cumulus clouds that floated overhead. Everywhere I looked campers and counselors were having so much fun being together, and being really silly.  I turned to Deena and said “Camp is such a happy place tonight”, and we both smiled.

In Kenwood, tonight’s evening activity was the final Watermelon League Softball game of the summer. The evening activity in Evergreen was our beloved annual event The Talent Show. Girls of all ages showed off their various skills tonight to a loving and supportive crowd of sisters.  There were individual and group dance numbers, vocal and instrumental performances, gymnastics routines and so much more.  The audience cheered for each and every act, and we were so proud of everyone who took a risk and got up on stage. All night I stood watching and marveled at just how close our girls had become this summer. The final — and funniest — act was a musical review written by our Evergreen Seniors based on the music of Taylor Swift. They called it “Swiftical!” and it was an absolute riot.

This summer has gone by way too quickly. I do take comfort in seeing that as it draws to a close that the entire community is trying to enjoy every last moment that we have together.