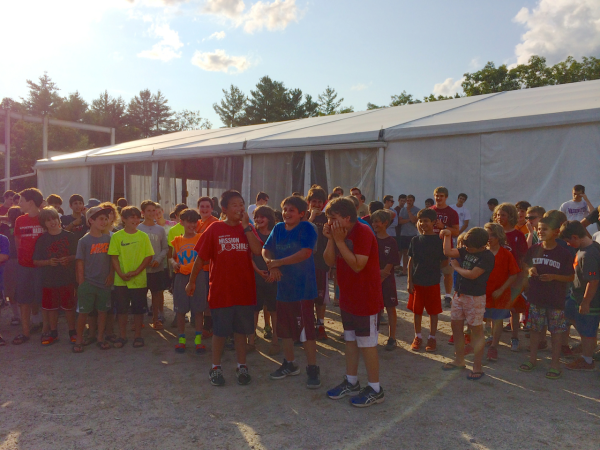 A Fun, Relaxing Day At Our Brother-Sister Summer Camp In NH

A Fun, Relaxing Day At Our Brother-Sister Summer Camp In NH 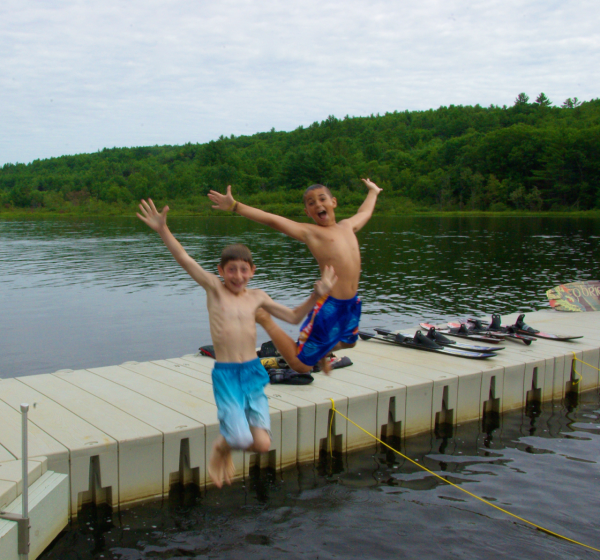 Today was a nice, fun, relaxing morning at Camp. At morning Assembly, when our community gathers to discuss the upcoming events of the day, everyone was acting a little silly. Our Ropes Course counselors announced that today was “Silly Top” Wednesday. To demonstrate what they meant, they pretend to be on the cat walk at a fashion event, showing off their silly shirts and tops. Everyone giggled and cheered for them. 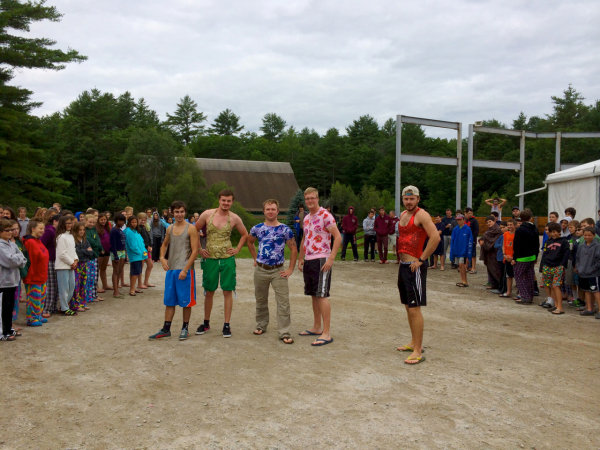 In the dining hall it was more of the same. Just after eating, our senior girls stood on top of the benches and led the entire camp in a series of fun and silly cheers. Everyone seems to be in such a great mood! 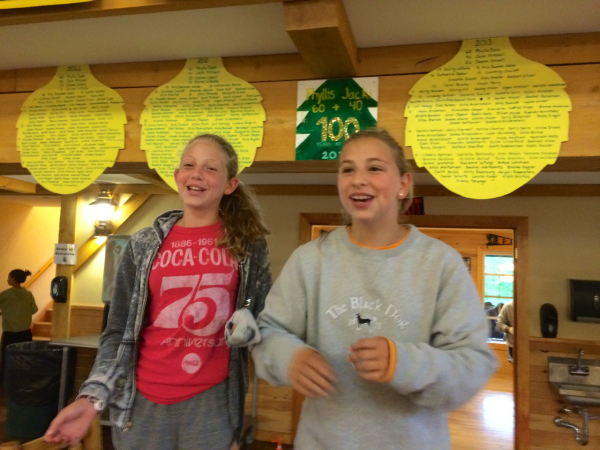 I spent much of the morning at the waterfronts. Campers were swimming, sliding down the slide, rockin’ it on the rock-it, fishing, and of course, waterskiing. I shot this short video of a Kenwood freshmen successfully getting up on skis. 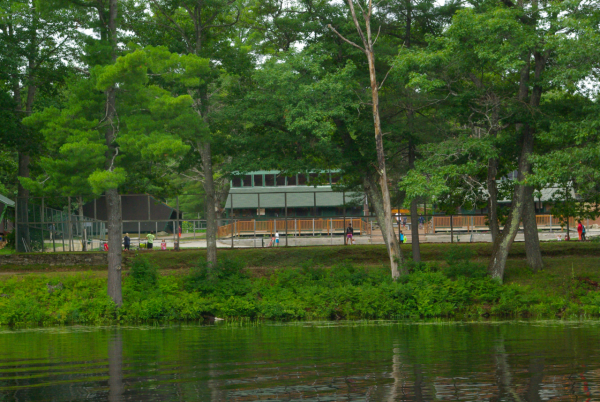 There was great coaching going on all over Camp, too. I watched fantastic tennis practices for both our Evergreen freshmen and sophomores. In just over 4 weeks you can see how much they have learned this summer. Fernando and his tennis team have done some great skill building this summer! 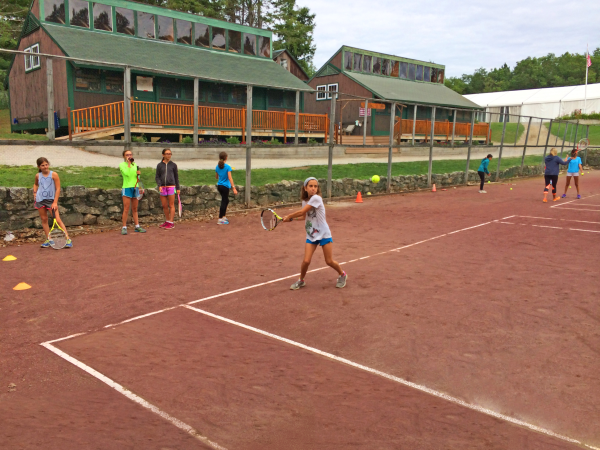 We have one music production left in our summer 2014 season. Both our cast and crew are hard at work getting Suessical ready for next week’s performance. This afternoon I had the pleasure of watching the actors run through their scenes, and practice their songs. It already sounds like it’s going to be a great show! 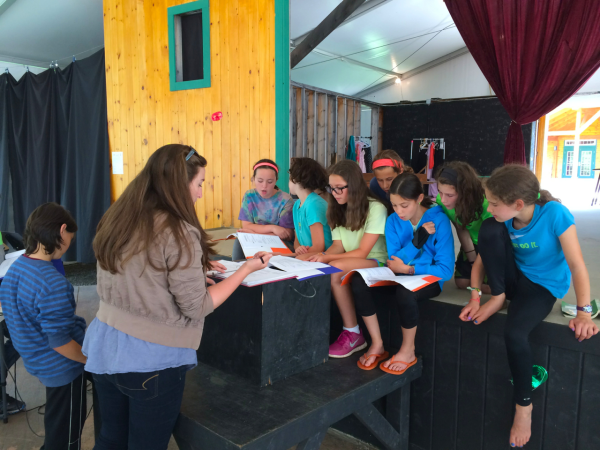 Today was also the most popular lunch thus far of the summer: grilled cheese and homemade tomato soup. As the campers and staff walked into the dining hall you’d have thought that Timeflies had just shown up. Kids were screaming in delight, high fiving and even hugging each other. The sandwiches were delicious, and the homemade soup, made by our beloved Chef Keira, had just the right amount of basil blended into it. This was the best camp lunch! 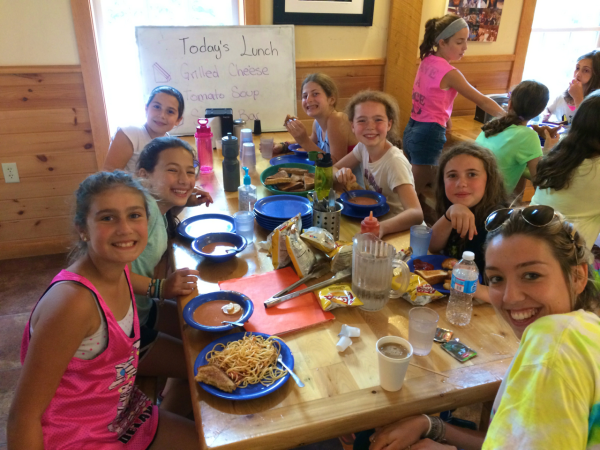 The Kenwood Inters returned this mornign from their successful expedition up Mt. Major. Fresh off of the bus, the boys swarmed me with stories of how great the climb was and how much they loved the gorgeous view. They also said that “the food was the best!” Their counselors taught them how to cook brownies on the trail by coring an orange, filling it with brownie batter, wrapping it in tin foil, and placing it on the hot coals for about 10 minutes. I love that they were so ready for this adventure, and that they had such a good time! 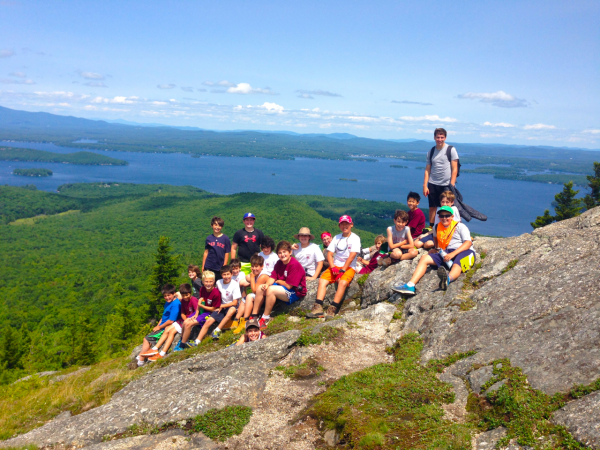 Word from the Kenwood 2nd year senior Androscogin canoe trip is that the boys are having the best time. They were able to canoe yesterday afternoon on the rapids, and then worked together to create a fantastic dinner at their camp site. More photos (and hopefully some video) to come soon! 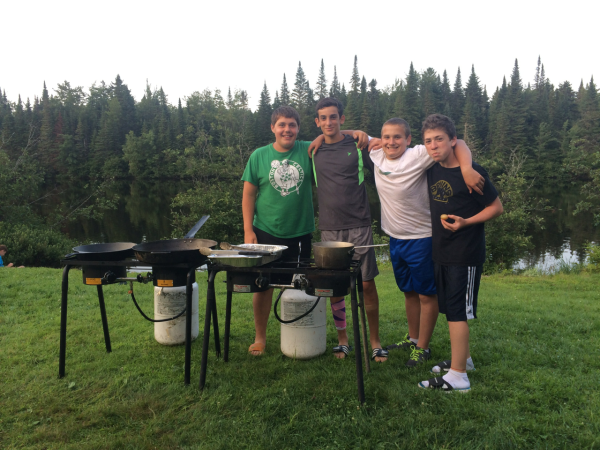 The Evergreen 2nd year seniors spent the day at Ogunquit beach in Maine today with Phyllis and Mia. The girls spent the morning swimming and surfing, and afterwards had an amazing lobster dinner. As you can see, this group really loves being together. It’s great being at summer camp with so many best friends! 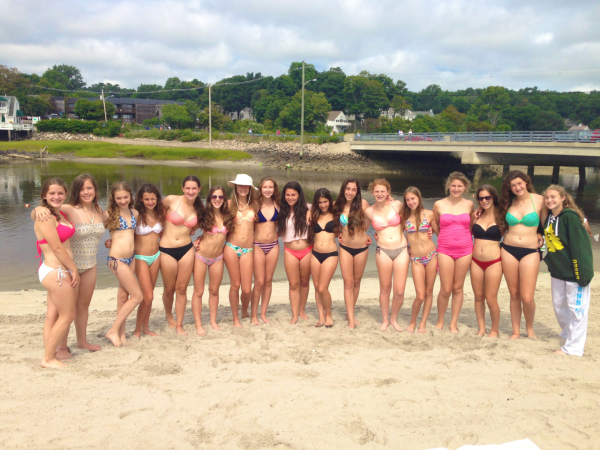 I also want to make sure that our readers knew that the 4th installment of the Camps K&E Newscast is out. Take a look at the fabulous job our kids did reporting on the news of the last week!

Tonight at assembly we had another first in Camp’s history. Our tradition is that after a special accomplishment, like a mountain climb or a tournament, members of the group stand up at the all Camp assembly and share the highlights of the event. The three boys in this photo decided to do our first-ever trilingual announcement. Roger first spoke in his native Mandarin, Robert spoke in Russian, and the Jake in English. As you can see, they had a blast doing this, and the entire Camp cheered for them when they were finished. A good time was definitely had by all!

Our brother-sister summer camp in NH is an incredible, intentional place to grow up. We invite you to learn more about us!