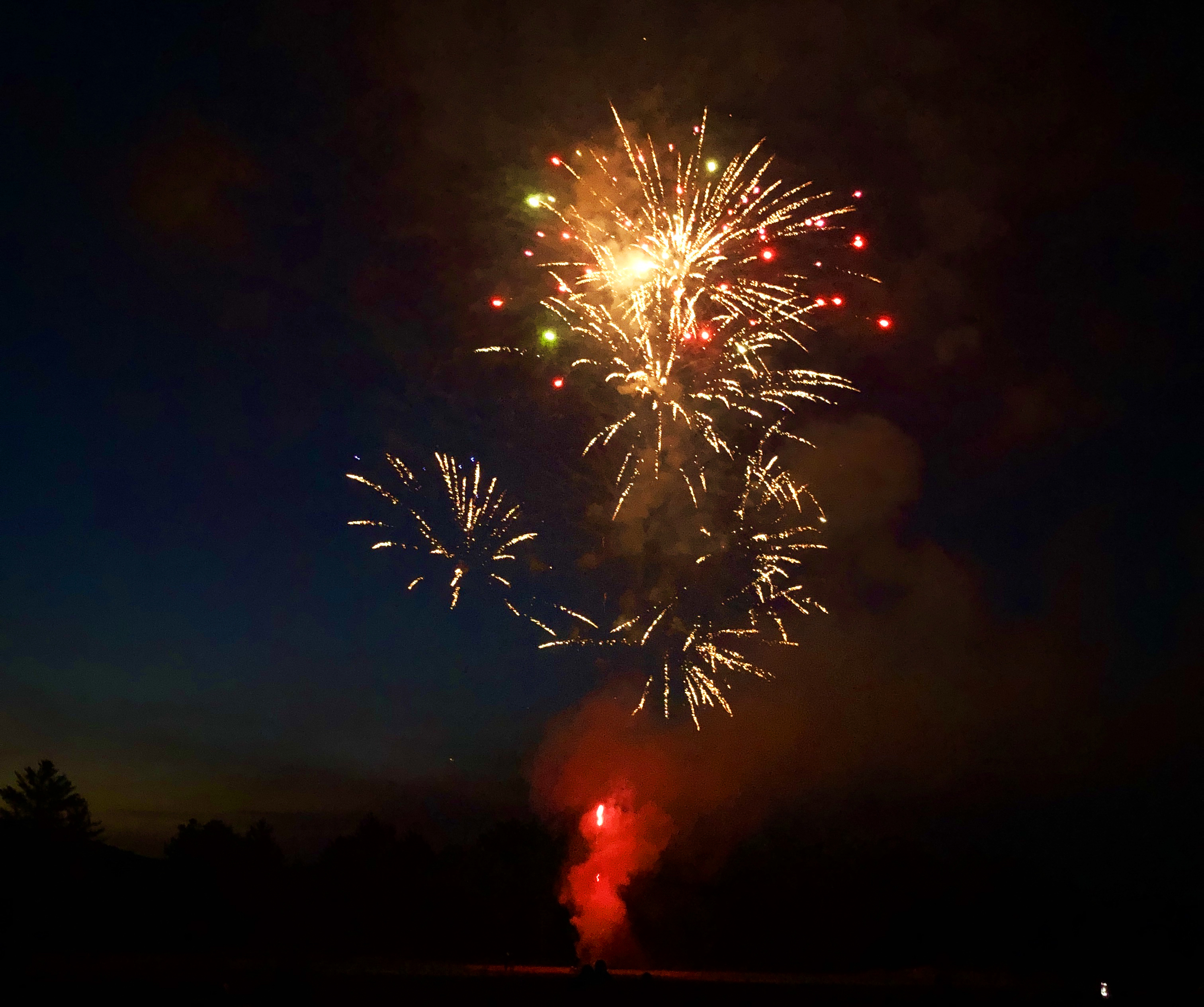 A 4th of July to Remember

We woke up to yet another beautiful, sunny NH morning. Lots of campers and counselors arrived at assembly wearing their most patriotic gear. 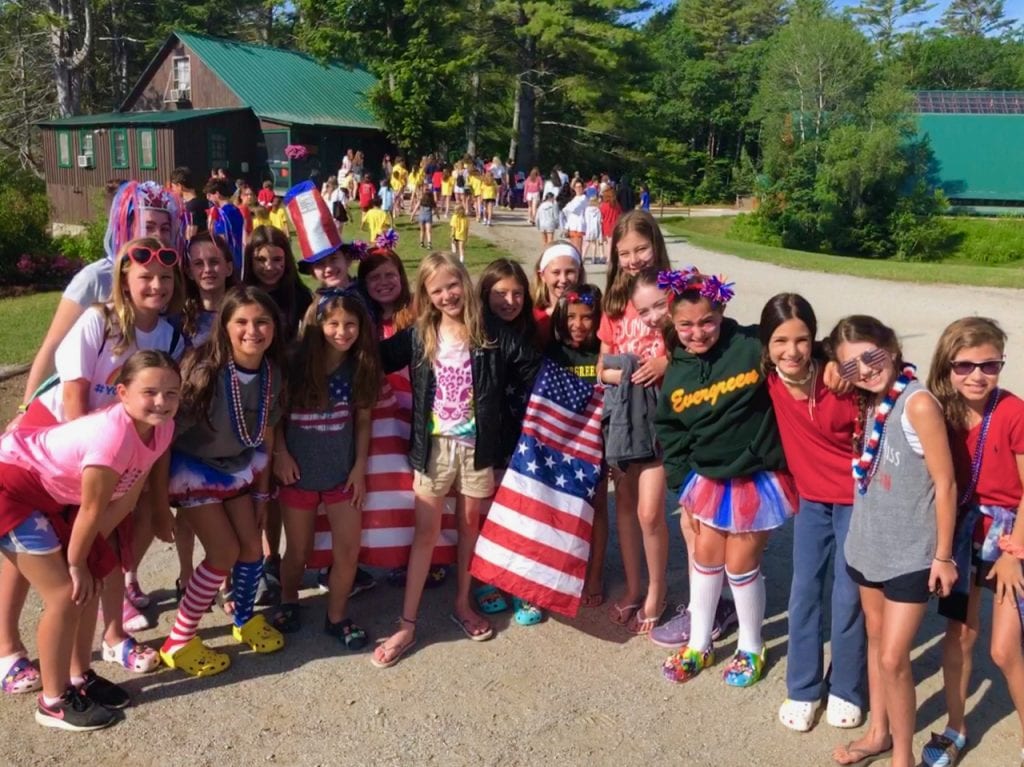 Afterwards, most of Camp went out for regular activities, but not our Evergreen Big and Little Sisters. Yesterday afternoon they worked with Deena, their counselors and our baker Kristie making treats to sell at our town’s 4th of July parade. For years now our girls have made a tradition of selling baked goods and bottles of water at this event, donating the proceeds to a local homeless shelter for mothers and their children. 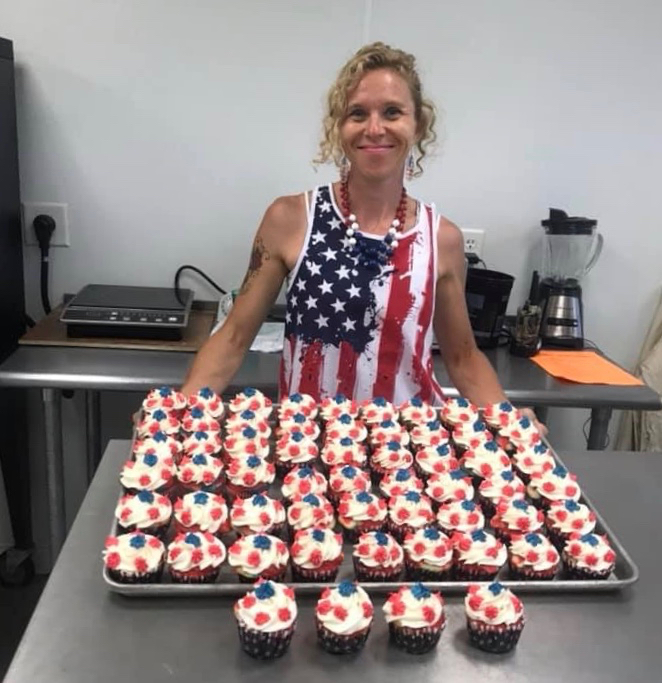 It was a great morning of giving back to our community while also helping further bond our Big and Little Sisters together. 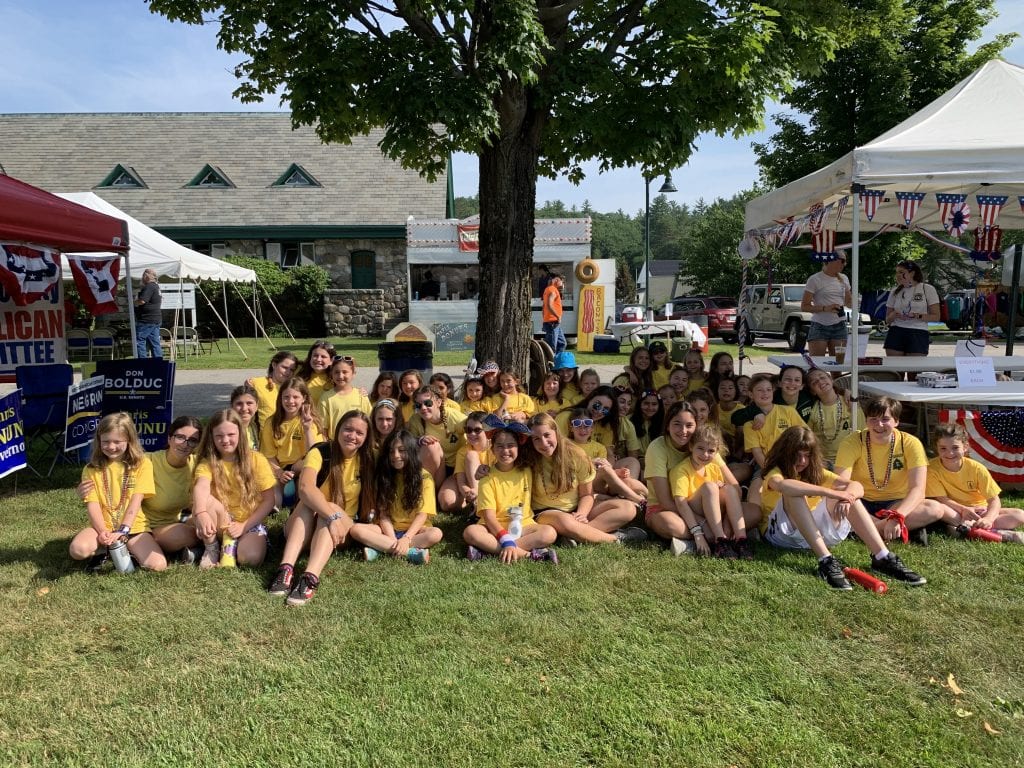 It was a regular day of activities, and with such warm, beautiful weather there was so much going on. There were baseball practices, archery periods, tennis clinics, campers tubing around the lake and kids climbing on the pamper pole at the Ropes Course. The art studios were bustling with cool and exciting projects. 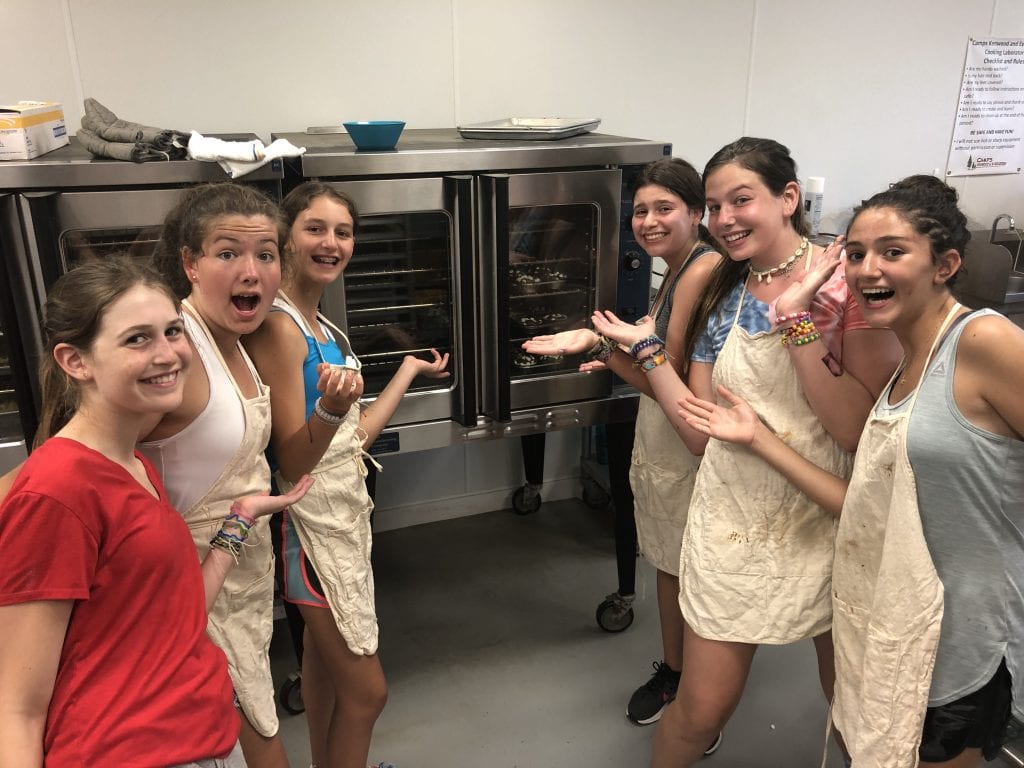 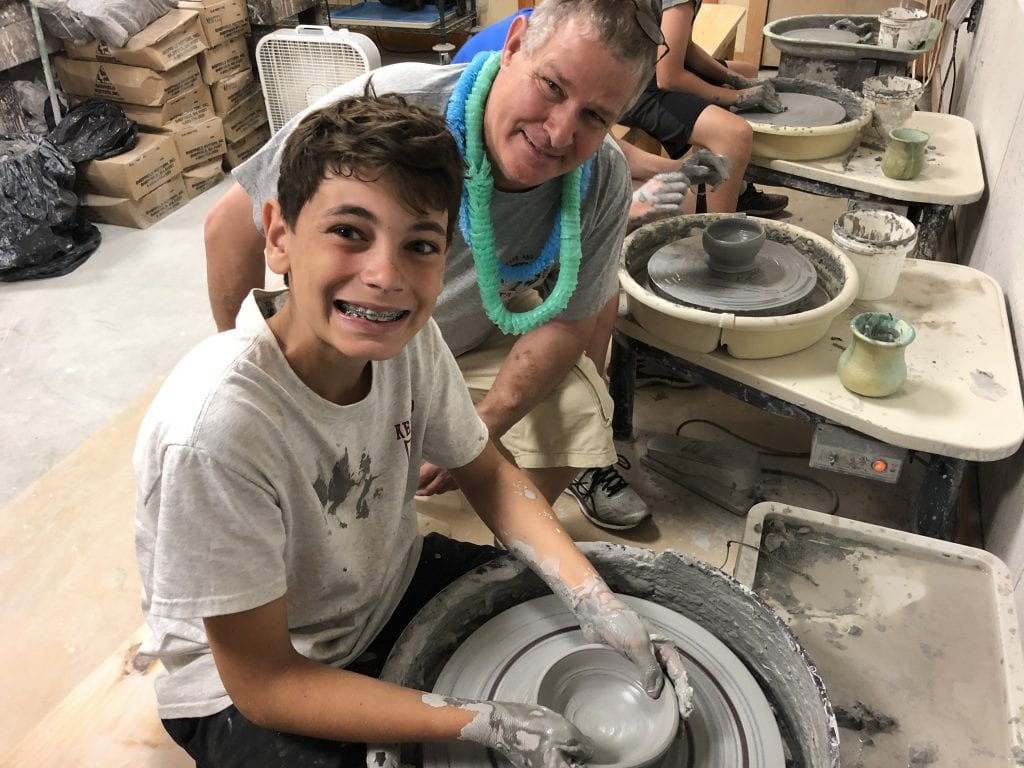 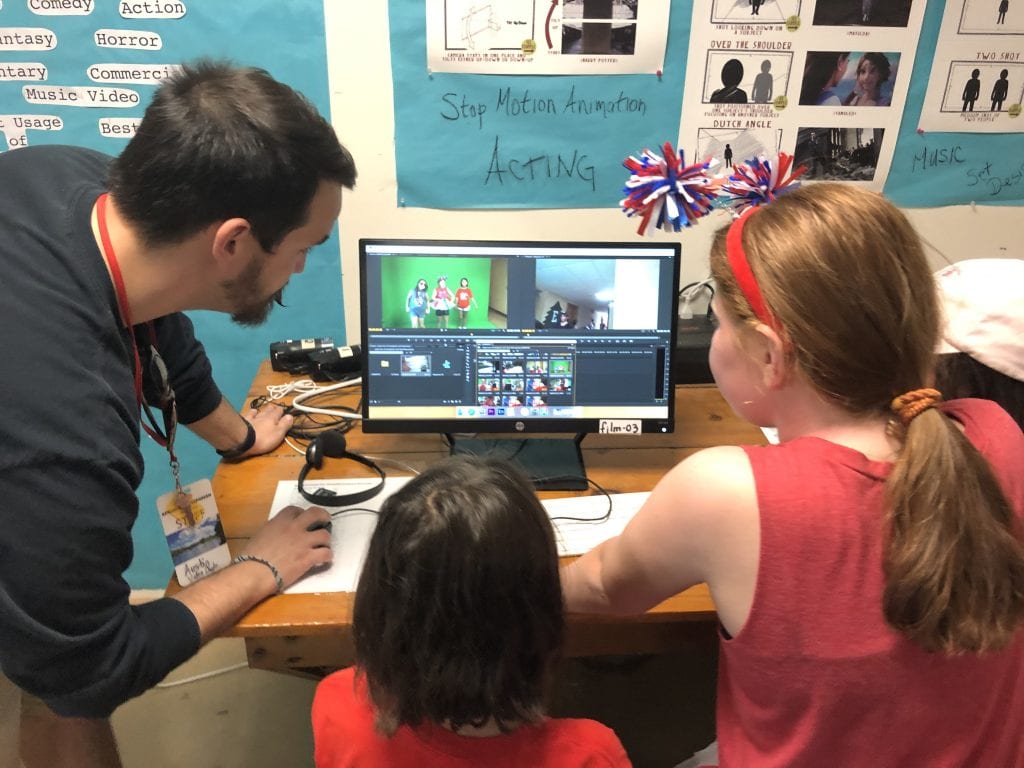 By afternoon it had gotten really hot, so in the Kenwood Junior Camp area the Head Counselors turned on the sprinklers, and let the kids just play in the cool water for a while. These guys decided to go one step further and take full showers outside! 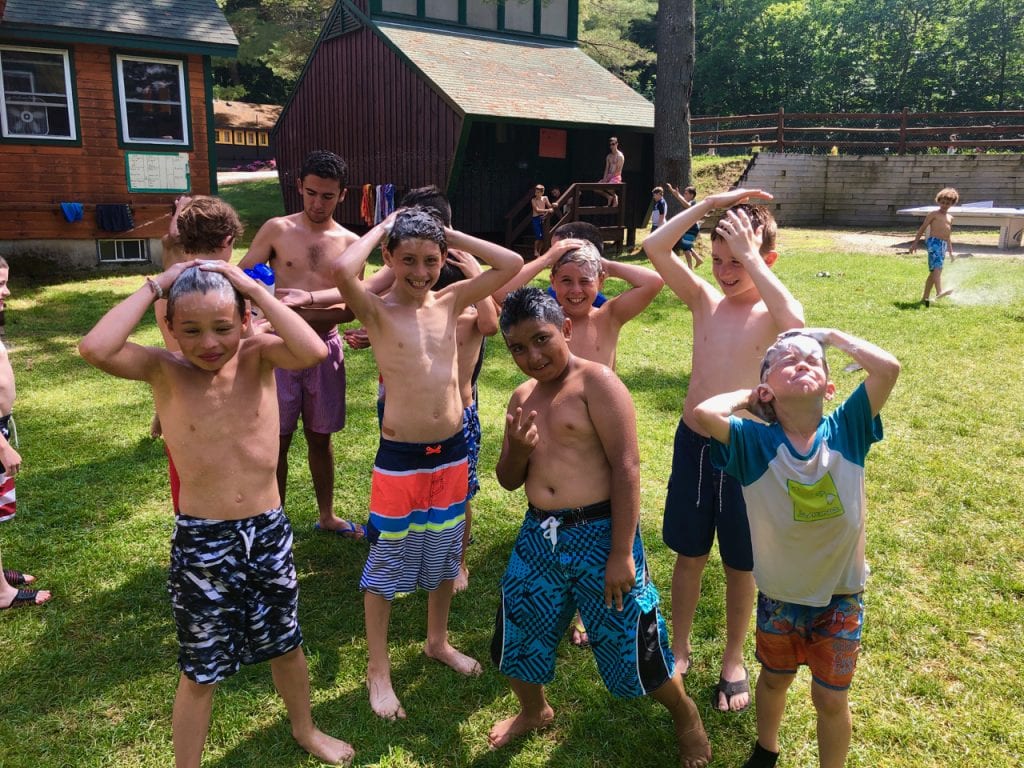 In the evening we had our annual 4th of July BBQ. Chef Charles and his team put out quite a spread, including BBQ smoked ribs, boneless BBQ chicken, pulled pork, homemade macaroni and cheese, veggie burgers, hot dogs, fresh watermelon, locally grown steamed corn, and a salad bar. As is always the case at K&E events all of the food was peanut and tree nut free, and there were gluten and dairy free options for anyone who needed them.

Many thanks and a big “Cha-Hee-Cha-Haw” to our fabulous Kitchen Team for making such a delicious and memorable event for all of us!

Our head baker Kristie and her team made some incredible desserts for us…though this year she had some help from a group of our Kenwood Seniors. During their afternoon cooking classes they helped bake and decorate many of the red, white and blue cookies we enjoyed. Tonight we also had Kristie’s traditional 4th of July strawberry shortcake on a homemade biscuit, coupled with whipped cream and fruit compote. So that our friends with food allergies were fully a part of the celebration, Chef Claudia made a gluten free, dairy free, egg free strawberry shortcake as well! 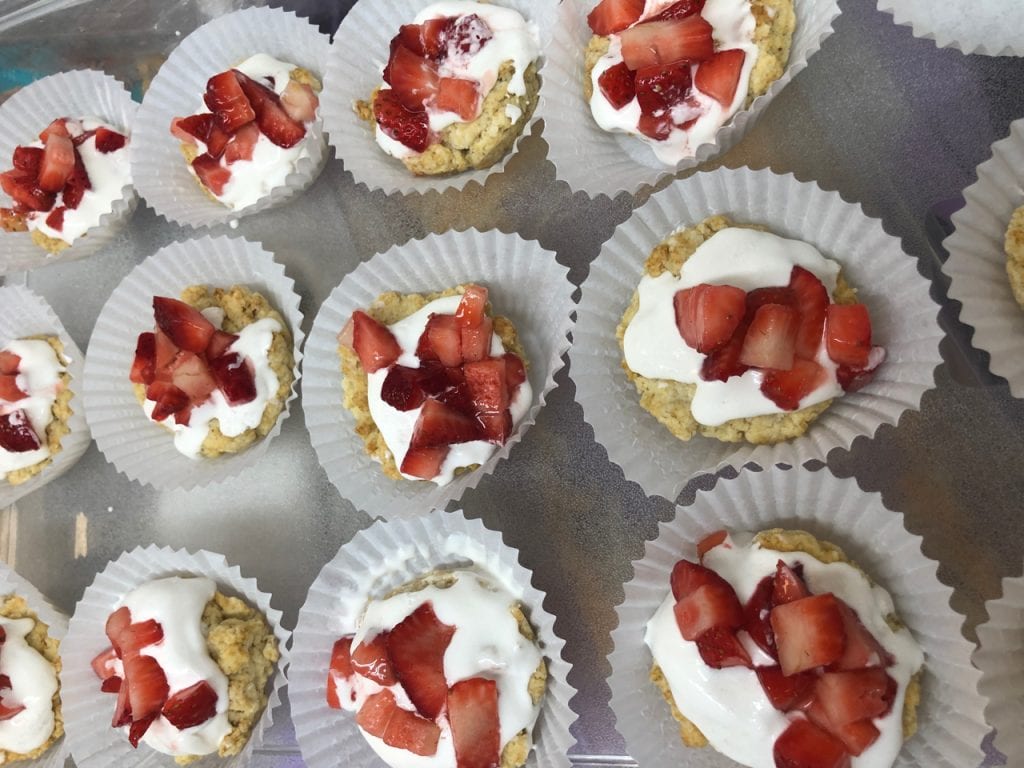 And then came the big event of the day. I’ve tried in the past to describe the scene when Nancy Tucker performs at our summer camp but never quite captured it. It certainly reminds me of when the Beatles played at Shea Stadium. 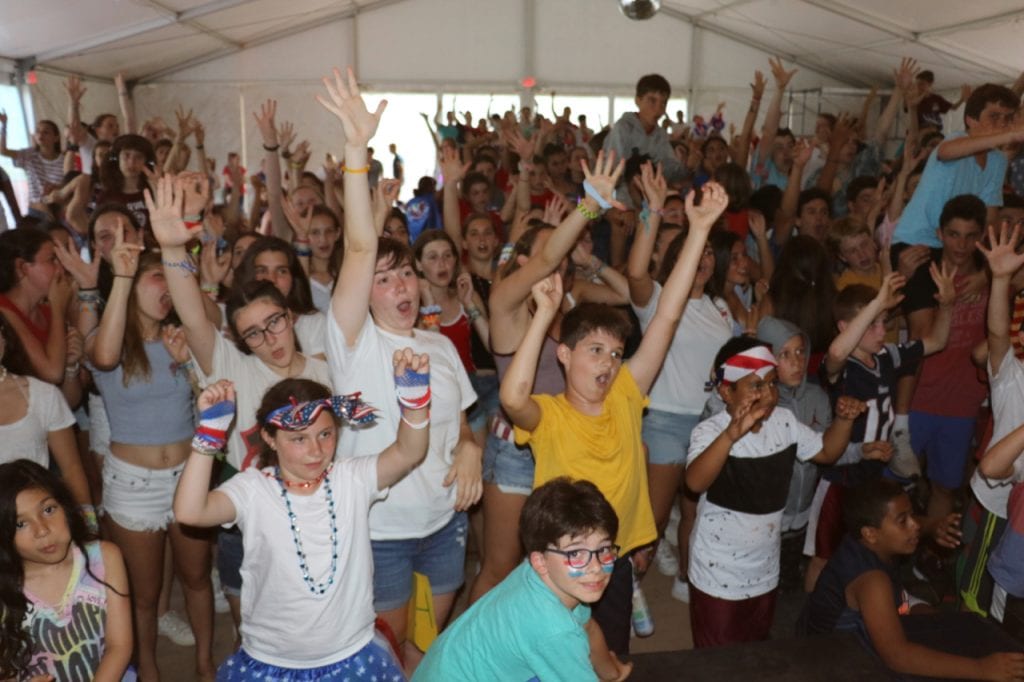 For over 30 summers her concerts have been a part of our 4th of July traditions, and with each year the adulation from her fans grows deeper. Our entire community screams and cheers from the moment they enter the theater and the enthusiasm doesn’t stop until her concert has concluded. Campers of all ages make signs and even print up t-shirts celebrating her concert. This year campers created temporary tattoos with her face on them and wore them to the concert on their arms. In the hours leading up to her show Camp Big Brothers and Sisters were at Arts & Crafts working with their younger camp siblings to make signs celebrating her.

After the concert we all made our way to the Field of Dreams, our newest and largest soccer field. Once we were all there Pete and the rest of our Maintenance team put on a spectacular fireworks display that had the entire community ooh’ing and ahh’ing.

After all of the celebrations of the day, we came together as a community one last time, holding hands in the dark. As one big Camp family we sang “Taps”, our traditional end of the day song. Holding hands or with arms around each other, our campers and counselors walked back to their bunks for some well deserved sleep.

Traditions and rituals are crucial in a community like ours. They help us mark the important events on our calendar, but also give meaning to these moments that we share with one another. Moments after reveille this morning I heard campers and counselors celebrating all that they knew would be happening today. I also heard our veteran campers regaling their friends who were new to the community with stories of why today would be so enjoyable for them, and why every aspect of this day mattered.

I love what all of this means to so many here, myself included.