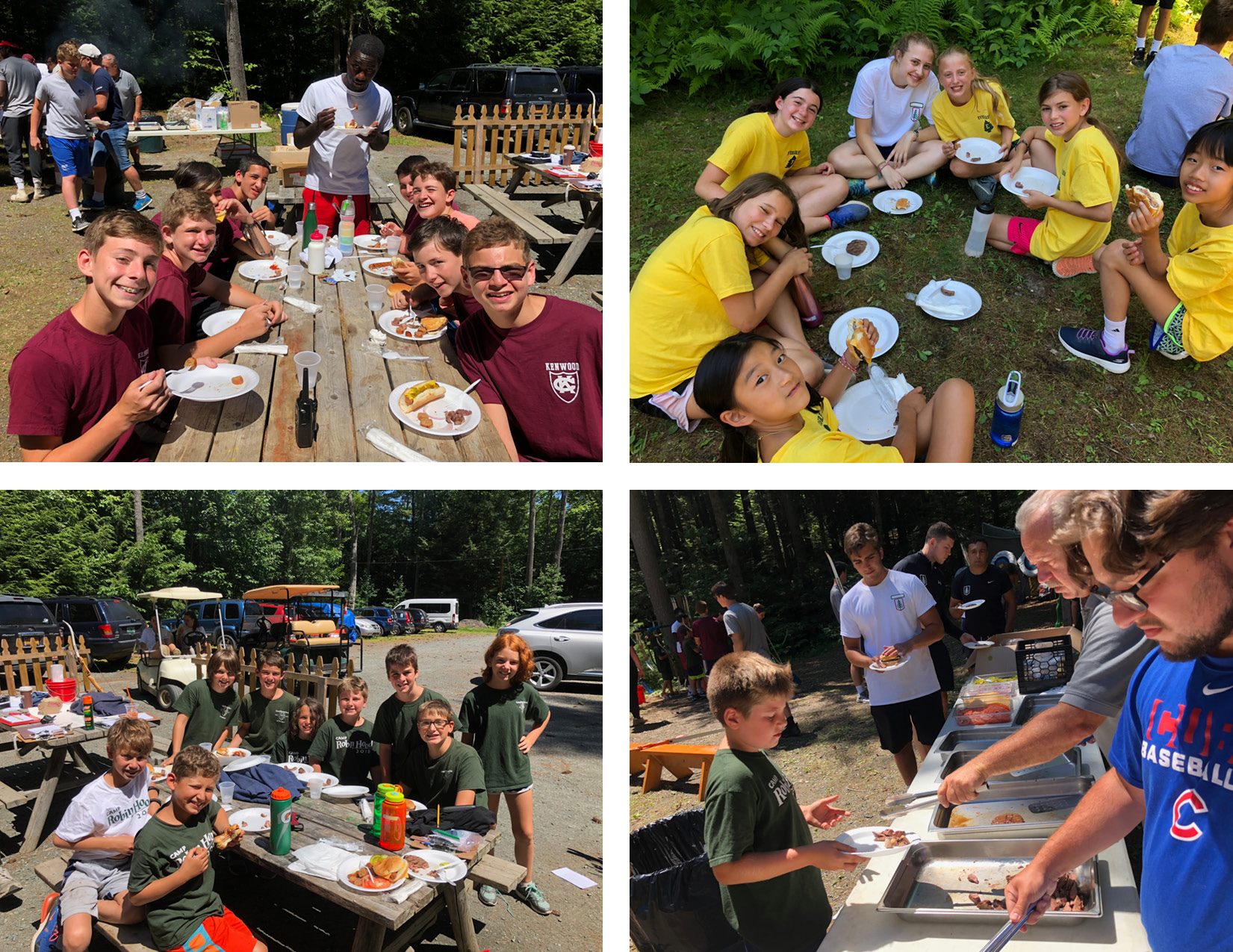 3-D Archery: another thing our campers only do at our overnight camp in NH

Part of the experience here at our 7 week overnight camp is trying activities that you probably can’t do anywhere else in your life. Like wrestling in 1,000 lbs of Jell-O, leaping off of 40 foot cliffs into natural pools of water, or jamming in a rock band on a stage in front of 500 people. Today we went hunting dinosaurs and zombies. 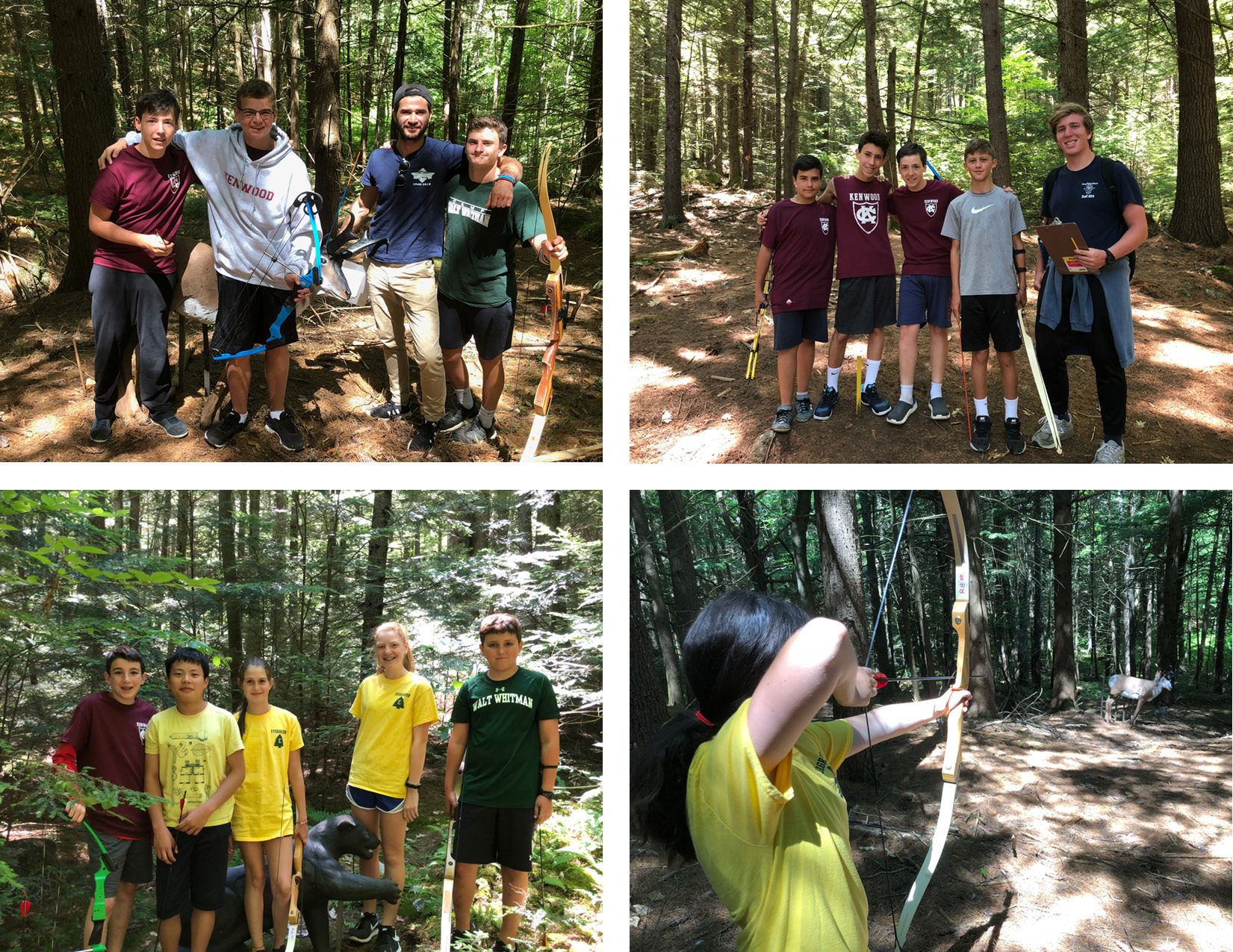 Yes, it was the 7th annual Camps Kenwood and Evergreen 3-D Invitational Archery Tournament today! 6 teams from boys’ and girls’ camps around New Hampshire, Maine and Vermont joined us for this unique opportunity to not just shoot at round targets, but to also go on our 3-D archery course. Campers put on a quiver of arrows and hiked along a wooded trail. On their trip’s path they came upon life-size, life-like foam rubber statues of a velociraptor, a baby stegosaurus, a zombie (nicknamed Drop Dead Fred) and more! As you can imagine, everyone had a great time at this tournament. 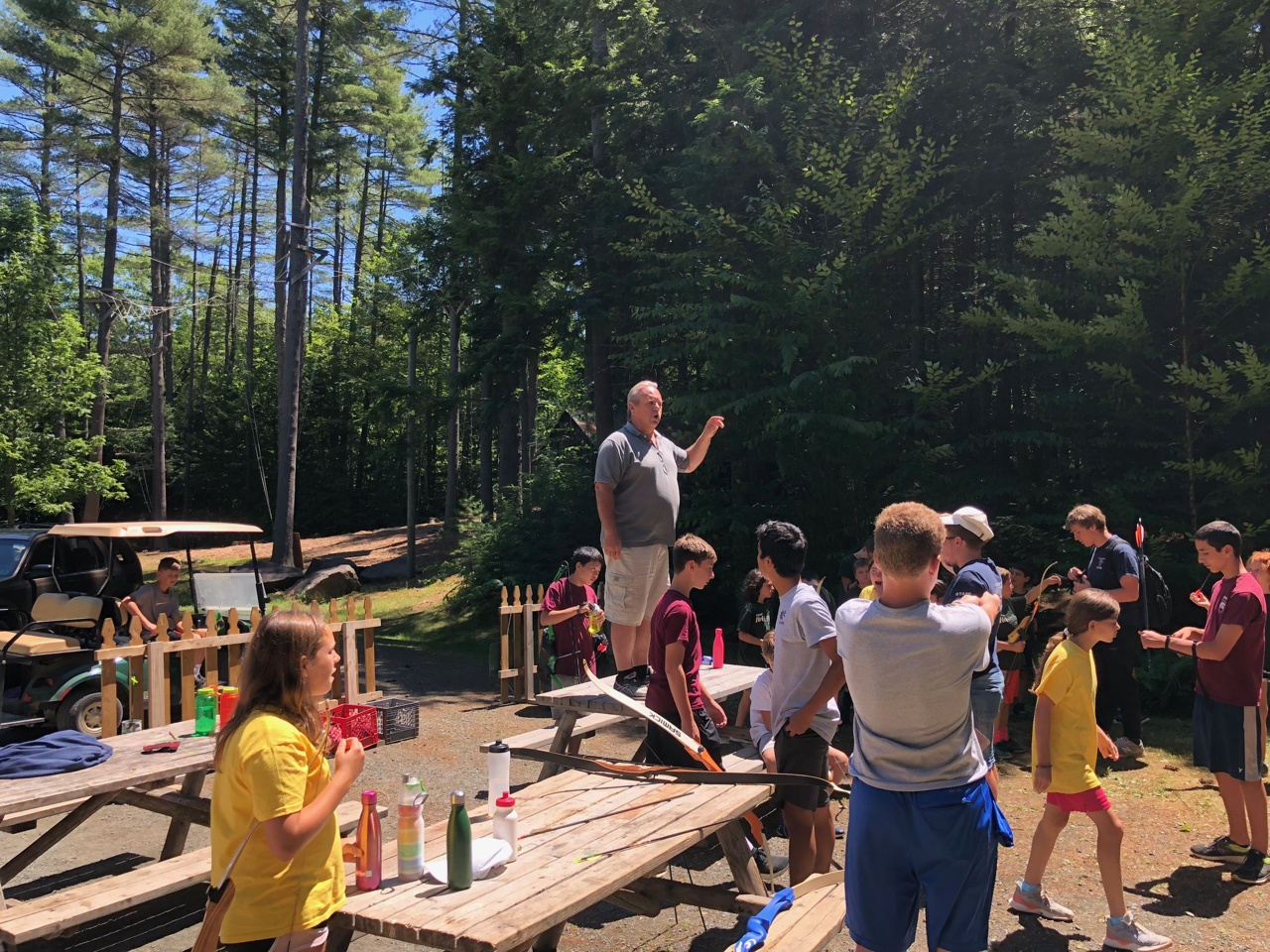 Like so many of the creative, silly, amazing special events at our overnight camp, this tournament was Athletic Director Bob’s idea. Always looking to make things even more fun, years ago Bob had the idea to add a BBQ for the tournament’s players, and to grill up all sorts of exotic meats. While the teams were shooting Bob,  JT, and I cooked things like alligator sausage, kangaroo steaks, bison burgers, and elk filet.

Learn more about the dedicated Kenwood and Evergreen Leadership Team

The campers who ate it were extremely pleased with the results. During lunch our leadership team was there to make sure it was not just a great tournament, but a really fun social event. We had tunes blasting and the kids and staff from the different teams loved hanging out with each other. Many of our campers had friends from home on the other teams so it was kind of like an extended family reunion. One of the head counselors from a camp about 2 hours away said to me “There was another trip today to Boston but I made it clear that this is where I go each year. This is my favorite event of the summer!”

A counselor from a different camp took a moment to tell me that he started participating in this event as a camper, and that it meant a great deal to him to bring his campers to it now that he’s an adult. He also said “for the record, this year it’s a tie between the duck and the elk filet as to which was the tastiest”.

There are so many things that I love about this tournament. It’s so much fun for everyone involved, but it’s also so creative and unconventional. While most of our campers play on soccer, basketball or lacrosse teams at home, very few are competitive archers. And none spend their days hiking through the woods shooting statues of extinct or imaginary animals. Somehow our campers approach this special event with intense focus and seriousness…and yet seem utterly unconcerned about their team scores. Instead, they are just excited to be a part of yet another fun, spirited, fantastic camp activity that they would almost certainly never get to do in the outside world.

That’s what our camp is all about!

Make sure to check tomorrow’s blog for our wrap up video of all of the fun we had during the 3rd week of the summer!

Schedule A Personal Tour For Your Family