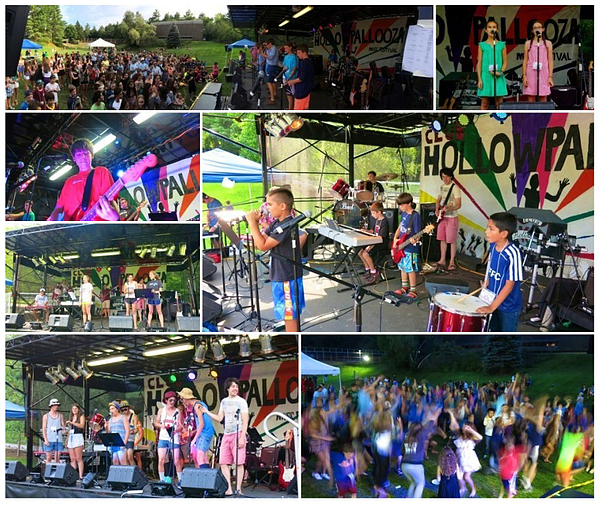 21st Century Skills You Learn Playing In A Band

Earlier this week many members of our Camp Administration got together for a special event in Boston. As a group we really like hanging out with each other, especially when it involves music Stevie Wonder was performing all of the songs off of his incredible double album “Songs In The Key Of Life”, and like campers at a campfire we were there to dance, have fun and sing along at the top of our lungs.

As I was driving home I started thinking about how important music is at Camps Kenwood and Evergreen, and about how much we all learn from it. Every day during the summer you can hear all types of music pouring out of the bunks and lodges. Rock, Pop, Jazz, Hiphop, Reggae, Showtunes, Country, Folk – you really hear such a diverse and wonderful collection of sounds and artists. There really does seem to be a soundtrack to life at our camp, and I know that our campers take these new sounds home with them.

I distinctly remember as a camper when our counselors introduced our bunks to incredible music that we had never heard before: Crosby, Stills and Nash, The Grateful Dead and Steve Miller Band are the first that come to mind but there were so many others. When I was a Sophomore I recall that one of my bunkmates brought the Little Shop of Horrors soundtrack, and another had this album that was just released by a group called The Beasty Boys. Somehow those two tapes, along with our counselor’s copy of “Frank Sinatra’s Greatest Hits” made up most of our listening that summer. Camp is such an eclectic, diverse melting pot of people and tastes! One of the benefits of being at Camp is that you end up living with people who like things you don’t, or just haven’t had a chance to experience yet. It broadens your understanding of the world and helps you discover things that may have once been outside your comfort zone.

What he heard each summer from our role model counselors and friends filtered into the mix tapes that we made and sent to our camp friends when we missed them during the winter. Thankfully, the tradition of sharing music still continues at our summer camp. This summer, just in one bunk, I regularly heard a mixture that included Billy Joel, Dub Step, Charles Mingus, Led Zeppelin, and the latest Pop out of the UK.

So in the spirit of how different music is disseminated and enjoyed at Kenwood and Evergreen I wanted to share some of my favorite tunes that have been recorded at our annual music festival called Hollowpallooza. During the 5th Saturday of each summer our campers and staff come together to put on a multi-hour music festival for the entire community.

One of the benefits of being a 7-week summer camp is that our community members have a chance to work on amazing long-term projects. An example would be the music that they create for Hollowpallooza, our amazing music festival. Almost every waking moment of the summer campers are in the music building to practice the songs that they want to perform at the festival. Working together to form a band or musical group is just one of the many ways that we the 21st century skills that we focus on at Kenwood and Evergreen: skills like collaboration, creativity, adaptability, tolerance, communication, and even leadership.

I invite you to take a listen to some of the amazing music that our campers have made during the past few summers. If you like what you hear please also visit our Soundcloud page, which features music from more than 8 years of this great annual event. I’m also providing a link to a hysterical video newscast that a group of campers made from this summer’s Hollowpallooza. Oh, and if you’re interested in seeing some of the Stevie Wonder concert here’s a recording I made of his classic song “Sir Duke”.

Camps Kenwood and Evergreen is a 7-week overnight camp in Wilmot, NH. Through a fun, innovative program of sports, performing arts and outdoor adventure we teach vital 21st century skills like resilience, collaboration, creativity and independence.